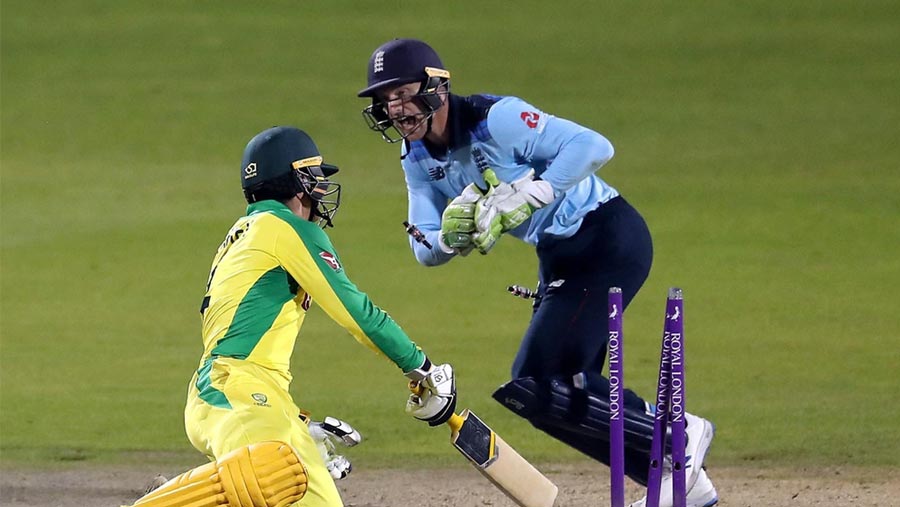 Chasing 232 to win the series, Australia were cruising at 144-2 before Chris Woakes and Jofra Archer induced a collapse of four wickets for three runs in 21 balls.

A reeling Australia lost their final eight wickets for 63 runs as they were bowled out for 207, despite a valiant last-wicket partnership of 31 between Alex Carey and Josh Hazlewood.

England earlier collapsed to 149-8, with leg-spinner Adam Zampa taking 3-36 before Adil Rashid and Tom Curran pushed them to 231-9.

Captain Eoin Morgan said he wanted his side to learn how to "win ugly" and will be pleased with how they dragged themselves back into the game.

Archer was as hostile as he has been for England, disrupting the opening batsmen first up before returning to the attack with Woakes and triggering a collapse.

As good as England were, this was an almost unbelievable collapse from Australia, who gifted wickets with poor shots, no foot movement and a generally bewildered air.

England now have a chance to keep their five-year unbeaten run in home one-day series in the final match of the series at the same ground on Wednesday (Sep 16).