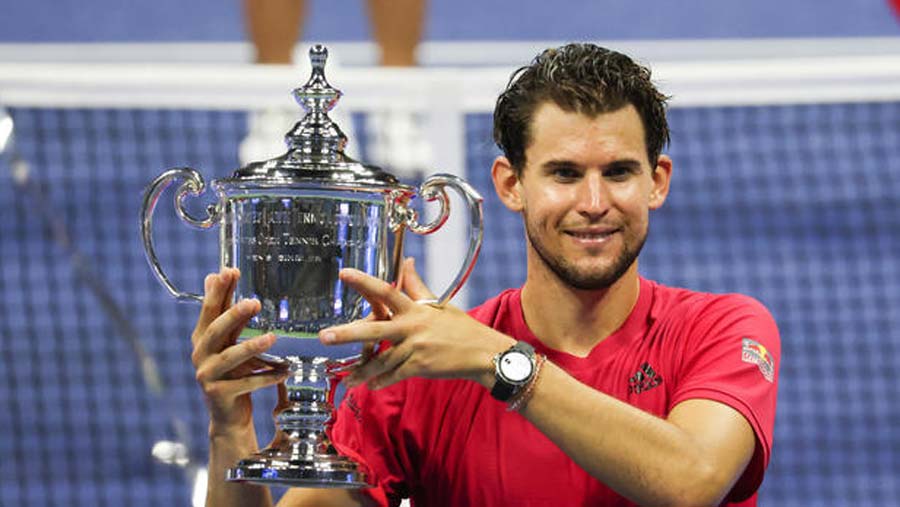 Thiem took his third championship point when Zverev pulled a backhand wide, leaving the Austrian falling flat on his back in celebration.

When he climbed back to his feet, he found a gracious Zverev – with whom he is close friends – waiting to hug him at the net.

"I wish we could have two winners today, we both deserve it," Thiem told Zverev, whom he has known since they were juniors.

Thiem is the first player to claim a Grand Slam title from two sets down since Argentine Gaston Gaudio at the French Open in 2004.

It had been longer since anyone achieved this feat in New York, with Thiem emulating American Pancho Gonzales' comeback in 1949.

Thiem, who remains third in the world rankings, is the first man to win a maiden Grand Slam singles title since Croat Marin Cilic's 2014 US Open victory.

The absence of 2019 champion Rafael Nadal and Swiss great Roger Federer at the behind-closed-doors Grand Slam, plus the expulsion of top seed Novak Djokovic for hitting a line judge with a ball, opened the door for a new name to be etched on to a major trophy.

Thiem took his opportunity to become the first man outside the 'Big Three' to win the Australian Open, French Open, Wimbledon or US Open since Switzerland's Stan Wawrinka triumphed at Flushing Meadows in 2016.