Billings century in vain as England beaten by Australia 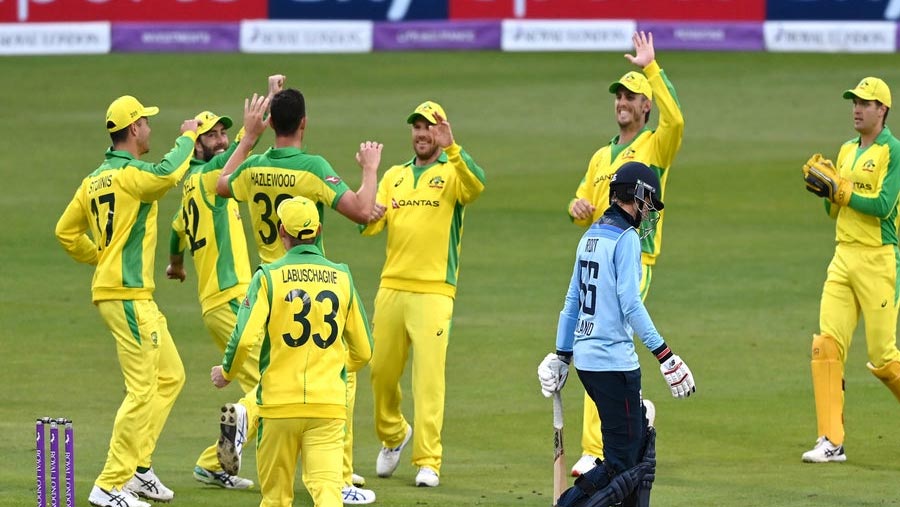 England fell to a 19-run defeat against Australia despite Sam Billings' maiden century in the first one-day international at Emirates Old Trafford.

Chasing 295, England were quickly reduced to 57-4 after a fine opening spell from pace bowler Josh Hazlewood.

Billings' 118, and 88 from Jonny Bairstow, gave England hope, but the hosts could not get on top of the creeping run-rate and finished on 275-9.

Australia had earlier recovered from 123-5 to post 294-9 from their 50 overs, largely thanks to a superb 126-run partnership between Mitchell Marsh and Glenn Maxwell.

England will be pleased with the maturity Billings – who is not a regular in this one-day side – showed to help them recover from their poor start.

However, the Kent batsman was left with too much work to do with the tail and Australia capitalised, with leg-spinner Adam Zampa taking 4-55 and Hazlewood a brilliant 3-26.

Australia were without Steve Smith, who withdrew from the match after being struck on the head in a net session on Friday.

Smith passed a concussion test but opted against playing, and will need to pass another if he is to play in the next match on Sunday.