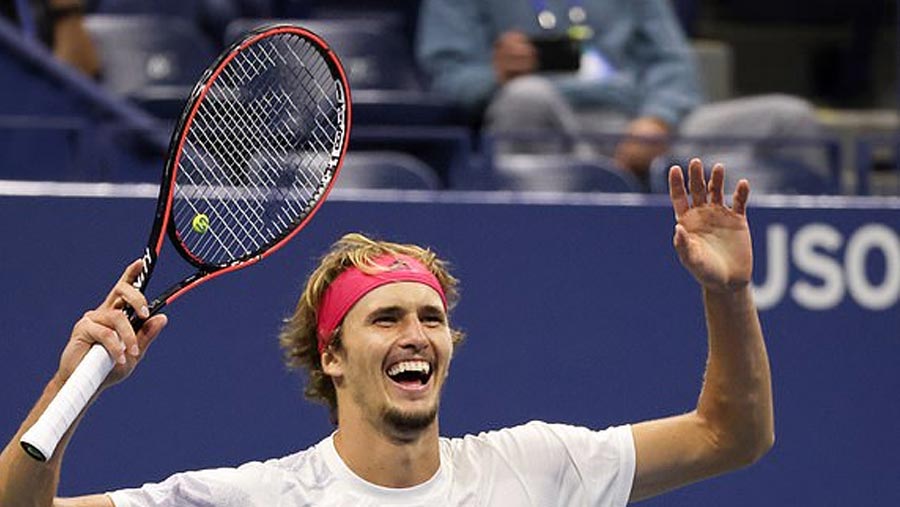 Germany's Alexander Zverev reached his first Grand Slam final in the most difficult manner after fighting back to beat Spain's Pablo Carreno Busta in a tense US Open five-setter.

The final on Sunday will see a new Grand Slam champion crowned for the first time since the 2014 US Open when Croatia's Marin Cilic won.

The absence of 2019 champion Rafael Nadal and Roger Federer at the behind-closed-doors Grand Slam, plus the expulsion of top seed Novak Djokovic for hitting a line judge with a ball, has given the chance for a new name to be etched onto a major trophy.

Switzerland's Stan Wawrinka was the last man outside of the 'Big Three' to win either the Australian Open, French Open, Wimbledon or US Open, following his win at Flushing Meadows in 2016.

But the former world number three is now one win away after a remarkable comeback in a semi-final which was neither high-quality or engrossing.

The German grinned incredulously as he waved his fists towards his box when Carreno Busta lamped a return into the net on the second match point.

"I knew I had to come up with better tennis and be more stable," said a relieved Zverev.

"I knew I had to play better, I've never come back from two sets to love but I'm happy to do it at this stage.

"I'm through to my first Grand Slam final and that's all that matters."