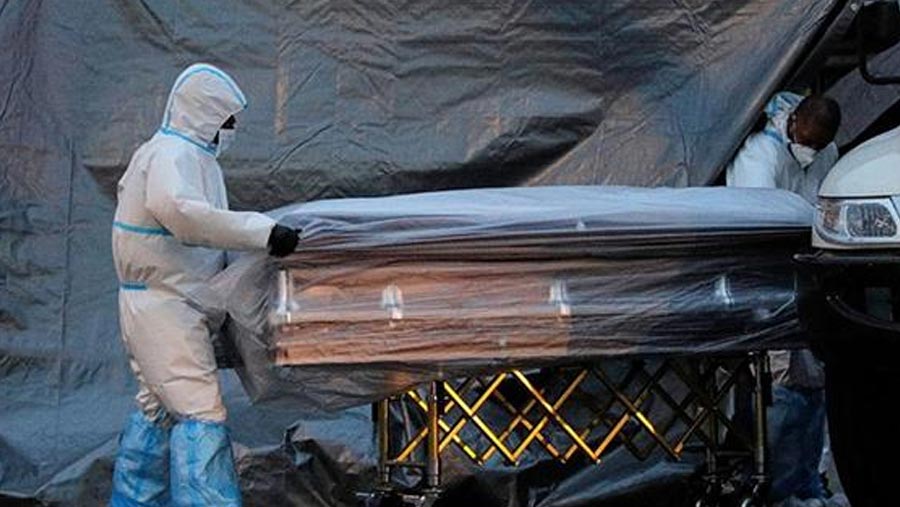 U.S. Covid-19 deaths surpassed 190,000 on Wednesday, according to the Center for Systems Science and Engineering (CSSE) at Johns Hopkins University. With the national caseload topping 6.3 million, the death toll across the United States rose to 190,478 as of 4:28 p.m. local time (2028 GMT), according to the CSSE.

New York reported 33,013 fatalities, the highest at the state level. New Jersey recorded 16,008 deaths, ranking the second in the death toll list. The states of California, Texas and Florida all confirmed more than 12,000 deaths, the tally showed.

States with more than 7,000 fatalities also include Massachusetts, Illinois and Pennsylvania.

The United States remains at the top of the global chart in terms of the caseload and death toll, accounting for more than one fifth of the world’s deaths.

The start of the fall semester has sparked a lot of concern in the United States over the spread of the virus among students on campus. Fifty U.S. states have now reported surging cases at colleges and universities.

In addition, more than half a million U.S. children have tested positive for Covid-19 since the onset of the pandemic, according to a new report jointly released by the American Academy of Pediatrics and the Children’s Hospital Association.

More than 70,000 new child cases were reported from Aug 20 to Sep 3, an increase of 16 percent in child cases over two weeks, the report showed.