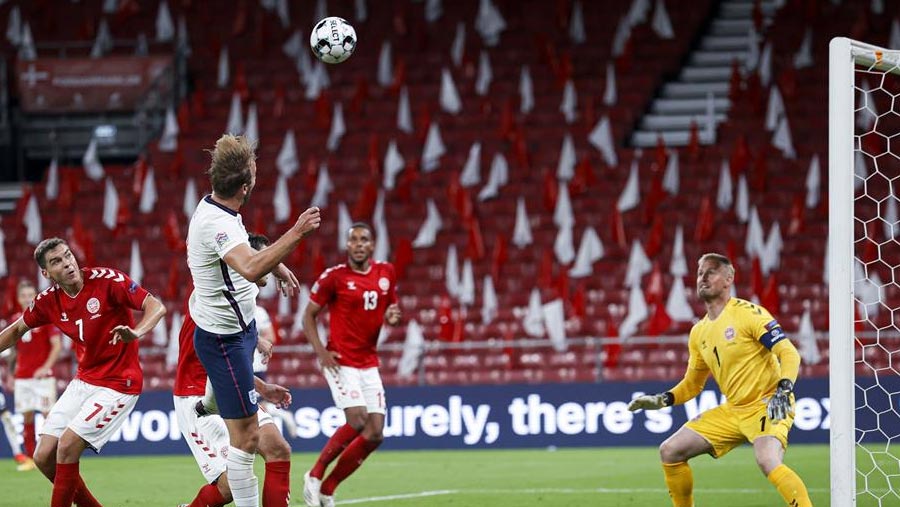 England were lucky to escape with a 0-0 draw away to Denmark on Tuesday (Sep 8) after the hosts wasted the best chances in Copenhagen.

England played out a dreary deadlock with Denmark in Copenhagen as the UEFA Nations League meeting turned into a drab non-event.

Harry Kane almost won it for England in the dying seconds when he went round Denmark keeper Kasper Schmeichel, only to see his shot cleared off the line by Mathias Jorgensen – but such a poor quality encounter barely deserved a dramatic finale.

Manager Gareth Southgate will have hoped for some talking points on the pitch after the off-field distraction that saw young duo Phil Foden and Mason Greenwood sent home for breaking Covid-19 protocols in Iceland.

Conor Coady made a measured England debut while Kalvin Phillips had a quiet introduction – and midfielder Jack Grealish finally got his long-awaited bow with 14 minutes left.

Denmark had the better chances until Kane's late effort, with England keeper Jordan Pickford saving well from Kasper Dolberg in the first half and Christian Eriksen shooting over when well placed late on.

England were sterile and conservative, creating very little apart from a Kane header off target and a low shot from Raheem Sterling that brought a smart save from Schmeichel before that late chance.