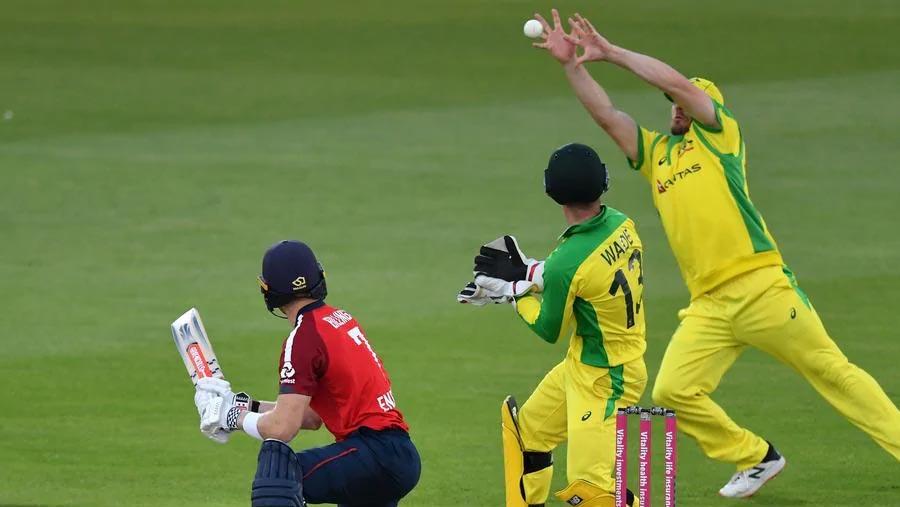 Australia inched past a sloppy England with three balls to spare to claim a consolation victory in the final match of the Twenty20 series at the Ageas Bowl.

Chasing 146, the tourists needed 60 from 60 balls with eight wickets in hand, only to tease a repeat of their capitulation in the series opener.

They lost three wickets for 14 runs, all to the excellent Adil Rashid, before Mitchell Marsh restored calm with 39 not out to give Australia a five-wicket win.

England did themselves no favours by dropping three catches and making numerous ground-fielding errors, while earlier a batting line-up missing Jos Buttler and Eoin Morgan was restricted to 145-6 by some relentless Australia bowling.

Jonny Bairstow made 55 from 44 balls and stand-in captain Moeen Ali and Joe Denly played cameos, but England were never fluent against an attack spearheaded by Mitchell Starc.

England win the series 2-1, although they passed up the chance to replace Australia at the top of the International Cricket Council rankings and record their first 3-0 whitewash in a home T20 series.

This match was the last bio-secure, behind-closed-doors fixture to be played in Southampton this summer, with these sides now moving to Emirates Old Trafford for three one-day internationals, the first of which is on Friday.