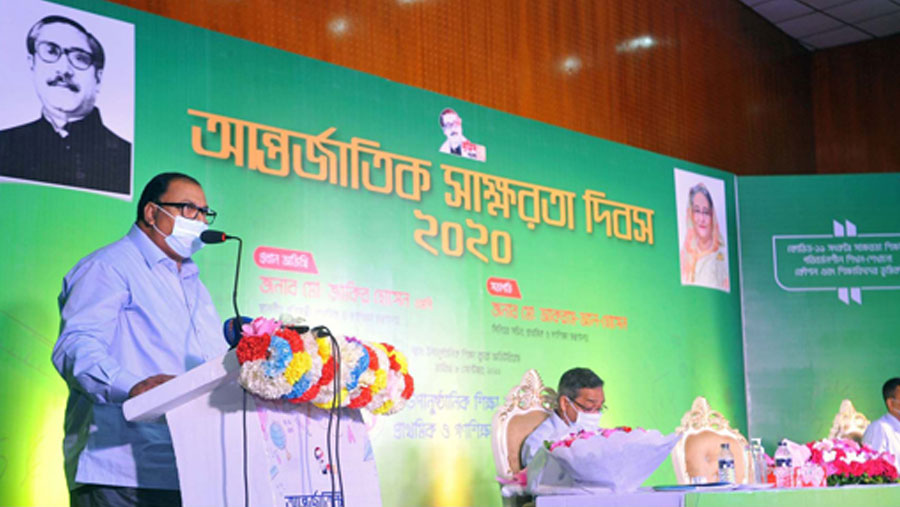 State Minister for Primary and Mass Education Md Zakir Hossen on Tuesday (Sep 8) revealed that the literacy rate in the country has risen to 74.7 percent so far which was 53.5 percent in 2005 during the BNP-Jamaat government.

“The literacy rate of the country now stood at 74.7 percent while it was only 53.5 percent in 2005 during the BNP-Jamaat alliance government,” he said.

The state minister told the inaugural function of a daylong programme marking the ‘International Literacy Day-2020’ at the conference room of Bureau of Non-Formal Education (BNFE) in the city, said a press release.

Presided over by Senior Primary and Mass Education Secretary Md Akram-Al-Hossain, it was addressed, among others, by BNFE Director General Tapan Kumar Ghosh.

Noting that Father of the Nation Bangabandhu Sheikh Mujibur Rahman at first observed the International Literacy Day in Bangladesh, Zakir said this year the day is being observed in a limited scale as the schools remain closed for the last five months due to the global pandemic coronavirus.

Bangabandhu paved the way of progressing the primary education by nationalizing 36,165 primary schools and 157,724 teachers in 1973, he said, adding that following the footsteps of her father, Prime Minister Sheikh Hasina also nationalized 26,139 primary schools in 2013.