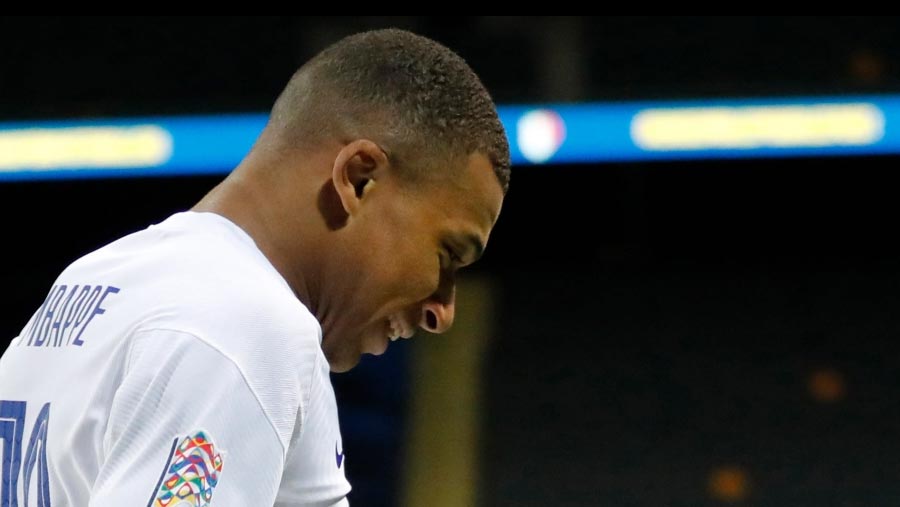 Mbappe, who took part in Monday evening’s training session before learning the result of his test, is the seventh Paris Saint-Germain player to contract the virus. Neymar was among the first to test positive last week.

“He was set aside from the group after receiving the results at the end of training before returning to his home in the evening,” French team management said.

“Like the rest of the squad, Mbappe had undergone a test prior to meeting up. The result was negative like the one on Wednesday” requested by UEFA ahead of the Sweden fixture on Saturday in Solna, management said.

Mbappe scored the winner for the world champions in a 1-0 victory over Sweden in their opening Nations League encounter.

However, he was expected to be rested for the game at the Stade de France against Croatia, with PSG’s opening match of the Ligue 1 season scheduled for Thursday away to Lens.

The Lens game was initially due to go ahead on Aug 29, but was controversially postponed to give the PSG squad a break after their run to the Champions League final in Lisbon on Aug 23, in which they lost 1-0 to Bayern Munich.

Instead of playing the game, their squad were granted time off but the club has now been left to deal with a cluster of coronavirus cases which raise questions about why the French league decided to postpone PSG’s match in Lens, only for so many of their players to travel abroad on holiday during a pandemic.

Mbappe could also sit out Sunday’s clash with bitter rivals Marseille. According to the league’s health protocols, a player who tests positive must self-isolate for eight days.

The French league (LFP) recently loosened its coronavirus protocols in the top two divisions to allow clubs to play even if 10 players have tested positive.

The LFP said it had taken the decision “in conjunction with the public authorities” and in response to “requests from clubs”.

Up to now, matches could be postponed after four cases at a club over eight consecutive days.

Under the new protocol, the LFP said, a club can fulfil fixtures if 20 of the 30 players registered for league matches, including at least one goalkeeper, test negative.

Mbappe is the fourth player to be withdrawn from the France squad following a positive Covid-19 test.