Serena through to US Open last eight 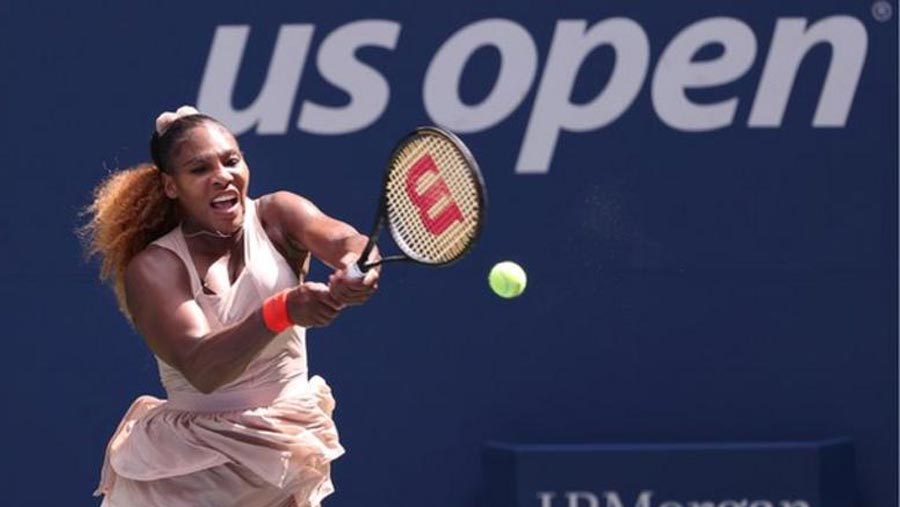 Serena Williams battled into the quarter-finals of the US Open on Monday (Sep 7) as top men’s seeds Dominic Thiem and Daniil Medvedev sailed through to the last eight at Flushing Meadows.

After Serena kept her bid for a record-equalling 24th Grand Slam singles title alive, second seed Sofia Kenin was sent crashing out in the last 16 by Belgium’s Elise Mertens.

Serena had to summon up every last ounce of strength to depose 15th seed Maria Sakkari in three hard-fought sets.

“She’s such a good competitor. It was a really intense match,” said Serena, who had been dumped out of a US Open tuneup tournament by the same opponent last month.

“I felt like she almost played better today. I was a little fatigued last time and had some cramps. Just felt like I was able to compete longer,” Serena added.

There was little separating the players throughout the energy-sapping contest, with Serena notching 107 total points to Sakkari’s 99.

Serena won 72 percent of points off her first serve while Sakkari won 73 percent. Sakkari also outdid Serena on aces, by 13 to 12.

Serena rallied from two games down in the deciding set, pumping herself up with loud screams that echoed around the spectator-free arena as she broke Sakkari twice to clinch the last-eight spot.

The American will play Tsvetana Pironkova for a place in the semi-finals after the Bulgarian ousted France’s Alize Cornet in another draining three-setter.