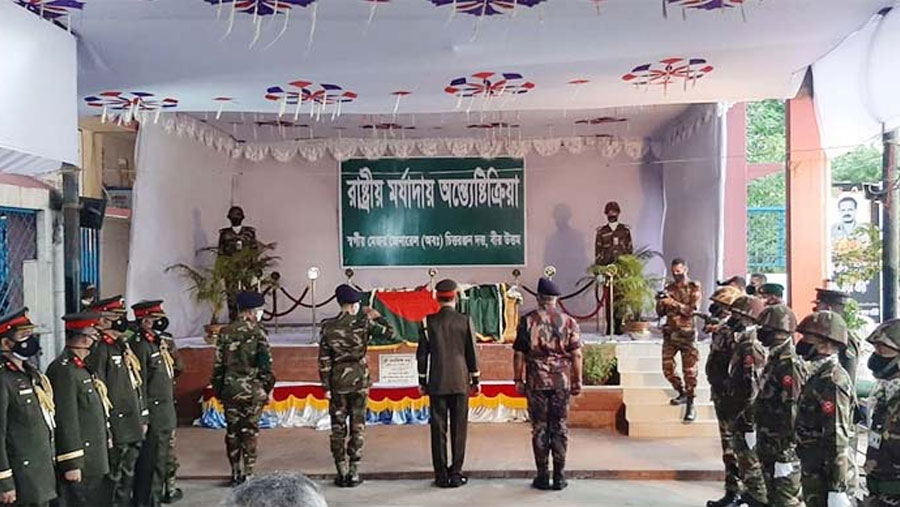 Earlier in the morning, his body was taken to his capital’s Banani DOHS residence from the CMH’s mortuary. Later the body was taken to the Dhakeshwari Temple premise where people of all walks of life paid their last tribute to this patriotic soul.

Last tribute was paid to the war hero from on behalf of President Md. Abdul Hamid, Prime Minister Sheikh Hasina, Bangladesh army and Border Gourd Bangladesh (BGB). His four sons paid their last respect to his father at the Dhakeshwari Temple.

The commander of Sector Number 4 of Bangladesh Liberation War in 1971 breathed his last in Florida, USA on Aug 25. He was 93.