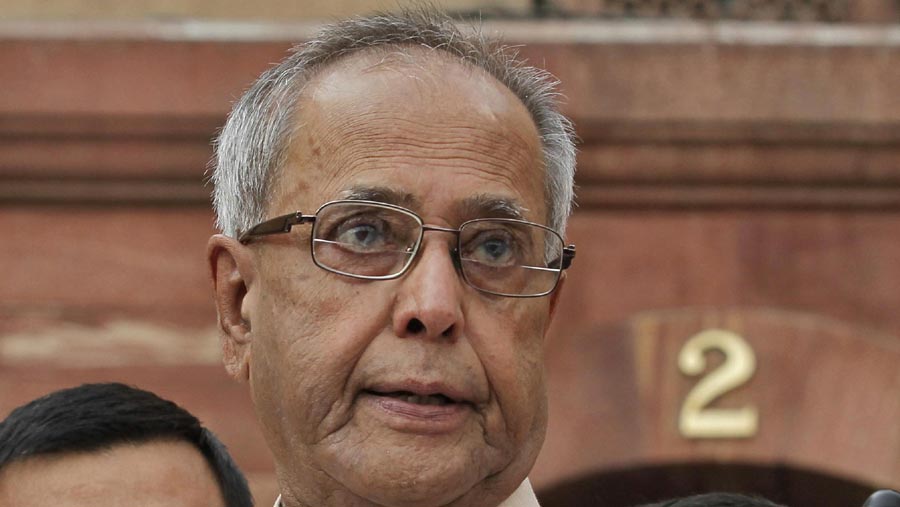 The mortal remains of the late President was taken to Lodhi road crematorium in the city for last rites in a hearse van instead of the normal gun carriage by following the Covid-19 protocol.

The former president died on Monday at an army hospital in Delhi after fighting for life for the last 21 days from Aug 10 following a brain surgery to remove a blood clot. Since then, Mr. Mukherjee, who was also Covid-19 positive, was in deep coma.

Earlier in the day, his body was kept at his official residence in 10 Rajaji Marg in Delhi from 9.15 a.m. to 10.15 a.m. to pay last respects by the official dignitaries.

President of India Ram Nath Kovind and Prime Minister Narendra Modi visited his residence and paid their last respects to the former president by placing wreaths at his portrait.

After the president and the prime minister, other ministers and dignitaries paid their last tributes to the former president.

Former President of Indian National Congress Rahul Gandhi also visited Mr. Mukherjee’s residence and paid tribute to him. Besides, the Congress has postponed its election rally in Bihar for next three days paying respect for Pranab Mukherjee.

Apart from the official dignitaries, an hour time was given to general public to pay homage to the late president.

Meanwhile, the Indian government announced a seven-day state mourning as a mark of respect to Mukherjee, a recipient of the country’s highest civilian award “Bharat Ratna” and a towering statesman admired across party lines, from Aug 31 to Sep 6.

It said, “In his passing away, the country has lost a distinguished leader and an outstanding parliamentarian”.

Mr. Mukherjee, the 13th President of India was a man of unparalleled experience in governance who served as Union Foreign, Defence, Commerce and Finance Minister.