Cabinet decides not to scrap laws enacted by Bangabandhu government 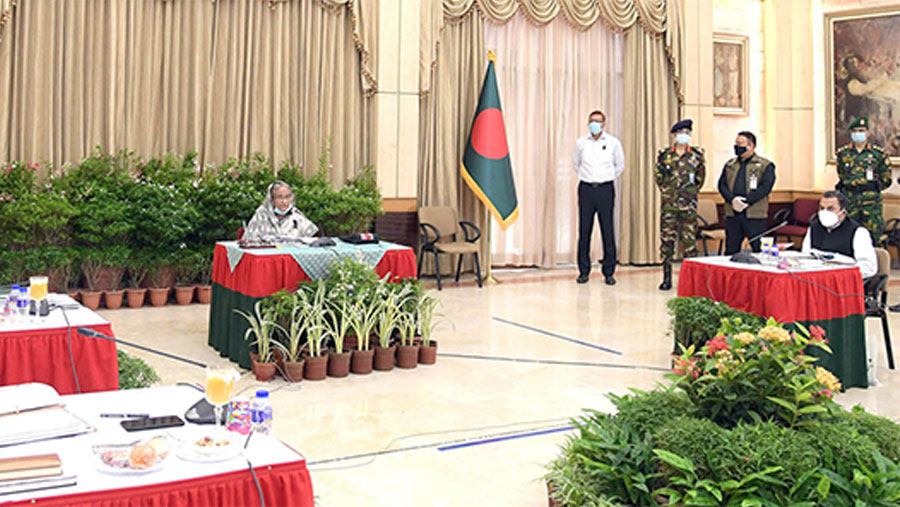 The cabinet on Monday (Aug 24) decided not to scrap laws which were enacted by the post-independence Bangabandhu government and resolved that if required those could be updated with necessary amendments as its regular weekly meeting was held with Prime Minister Sheikh Hasina in the chair.

“No new act will be enacted repealing any of the laws formulated from 1972 to August 15, 1975... (But) they could be amended in required cases,” Cabinet Secretary Khandker Anwarul Islam told a news briefing after the cabinet meeting was held through virtual media.

He said the cabinet took the decision so the people as well as political and governance researchers could get a clearer idea how the post-independence government ran the newborn country under Father of the Nation Bangabandhu Sheikh Mujibur Rahman’s leadership.

The cabinet, he said, simultaneously, decided to turn into regular laws the ordinances enacted from August 15, 1975 to 1979 and 1982 to September of 1986 and scrap some of those which would appear unnecessary in line with a February 2013 High Court order.

The cabinet secretary said that the Legislative Division of the law ministry was asked to formulate the rules to this end.

The premier joined the virtual meeting from her official Ganabhaban residence while her cabinet colleagues were connected from the Bangladesh Secretariat here.

Islam said the resolution came as the cabinet reviewed a draft law relating to House Building Finance Corporation and decided to endorse it keeping the original timeline of its enactment as a presidential order in 1973.

Under the amended law the authorised and paid up capital for the organisation was re-fixed to Taka 1000 crore and Taka 500 crore for which the length of its activities would be extended as well.

The draft law simultaneously suggested tougher punitive actions up to five years of imprisonment and fine up to Taka five lakh for commuting offence within its purview while the pervious provisions of such actions were very lenient.

The government’s top bureaucrat said that the cabinet today also endorsed in principle drafts of “The Bankers’ Book Evidence Act, 2020” and “The National Food and Nutrition Safety Policy, 2020.”

He said that the draft of “The Bankers’ Book Evidence Act, 2020” has been placed to the cabinet for its approval after revising the existing 1891 law as many things of the current law are not familiar with the real situation of the present time.

Besides, the banks are now working digitally which was not mentioned in the previous law, he said, adding that the draft law has addressed it.

Anwarul said the proposed law has suggested to make information public except those of private one after taking permission from the court and fixed the authorities who can do that.

The draft law has also recommended trial and punishment of offenders, he said without giving further elaboration.

About “The National Food and Nutrition Safety Policy, 2020”, Anwarul said the cabinet gave its nod in principle to the policy mainly to ensure nutrition and safety in food production, processing, marketing, and preservation.

“The policy has been formulated keeping in the mind the Sustainable Development Goals (SDGs) that have to be achieved by 2030 and the adverse impact of the climate change,” the cabinet secretary said.