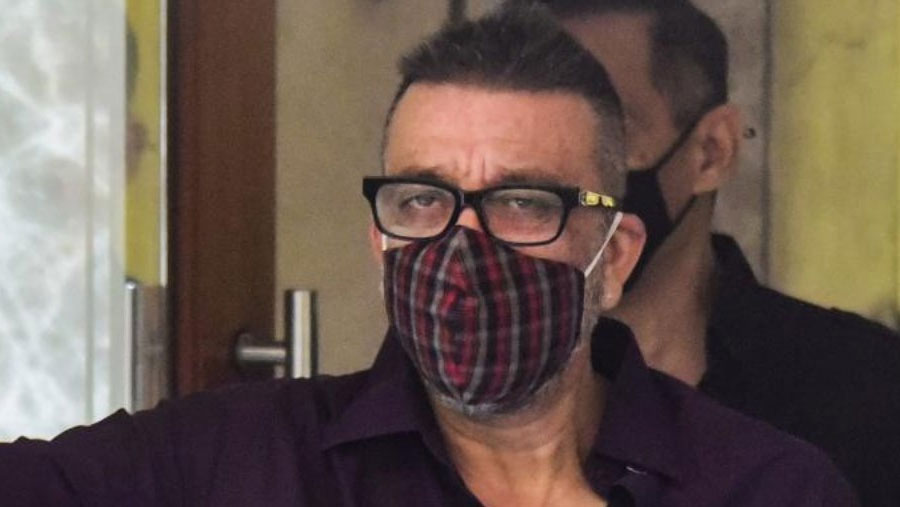 Sanjay was taken to the hospital on Saturday after he complained of breathlessness and later discharged on Monday.

He was tested for Covid-19 but the result was negative. A later diagnosis revealed that he was suffering from stage-4 lung cancer.

“When he was taken to the hospital, he was low on oxygen saturation. But when his Covid-19 report came negative, we ran cancer analysis and it came positive,” said a source from the hospital.

Dr Jalil Parker, who is treating the actor, declined to make any comment.

On Tuesday, Sanjay announced taking a ‘short break’ from work for ‘some medical treatment’ and said he’d be back soon.

Sanjay is scheduled to be next seen in the upcoming Disney+Hotstar release 'Sadak 2' alongside Pooja Bhatt, Alia Bhatt and Aditya Roy Kapur.

Scheduled to be released on Aug 28, the movie is sequel to the 1991 hit 'Sadak', one of the highest-grossing Hindi movie of the year 1991.

Born to actor-director Sunil Dutt and legendary actress Nargis in 1959, Sanjay made his debut with 'Rocky' in 1981.

With an eventful career of four decades, Sanjay Dutt acted in 187 films till date.