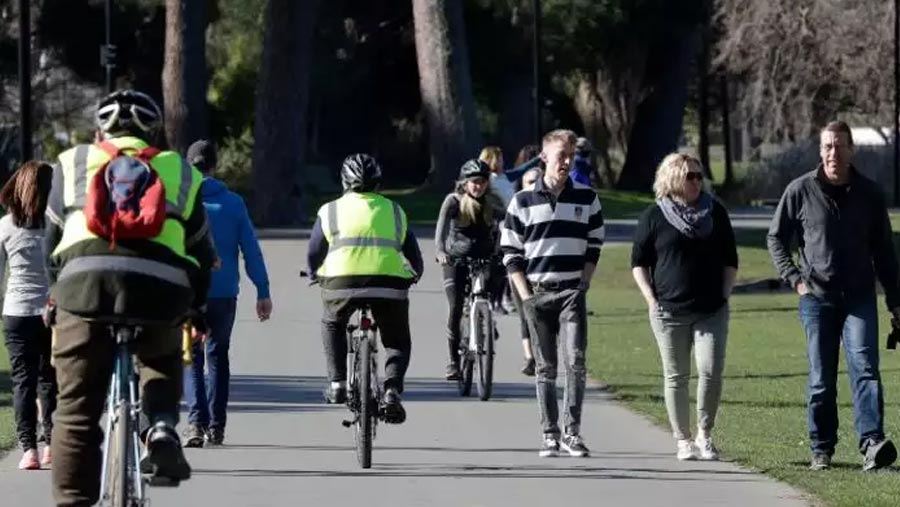 New Zealand has gone 100 days without recording a locally transmitted Covid-19 case, a milestone that has both been welcomed and brought warnings against complacency. The last case of community transmission was detected on May 1, days after the country started easing its lockdown. Sunday (Aug 8) was the fourth day in a row that no new cases of Covid-19 were reported.

The total number of active cases in the country remained at 23, all in managed isolation.

New Zealand has fared better than other countries, recording 1,219 confirmed cases and 22 deaths since the virus arrived in late February.

Praised internationally for its handling of the pandemic, the country's government has lifted almost all of its lockdown restrictions, first imposed in March.

An early lockdown, tough border restrictions, effective health messaging and an aggressive test-and-trace programme have all been credited with virtually eliminating the virus in the country. But officials have warned against complacency, saying a second wave of cases was still possible.

"Achieving 100 days without community transmission is a significant milestone. However, as we all know, we can't afford to be complacent," Director-General of Health, Dr Ashley Bloomfield, said on Sunday.

"We have seen overseas how quickly the virus can re-emerge and spread in places where it was previously under control, and we need to be prepared to quickly stamp out any future cases in New Zealand."

New Zealand's Prime Minister, Jacinda Ardern, struck a similar tone, expressing delight tempered with caution. The landmark "doesn't lessen any of the risk" of another spike in infections, Ms Ardern said. "One hundred days is a milestone to mark but, again, we still need to be vigilant regardless," she added.

Other countries have had early success in suppressing the virus, only to see infections rise again after lifting lockdown restrictions that damaged the economy. Vietnam went 99 days with no community transmission until July, when a 57-year-old man in Da Nang tested positive for the virus.

By the end of July, Da Nang was the epicentre of a new coronavirus outbreak, leading to the country's first coronavirus death since the pandemic began.

Australia, too, has seen a resurgence of Covid-19 in some states, including New South Wales and Victoria, where a strict lockdown has been imposed.

New Zealand is among a small group of countries to achieve the 100-day community transmission milestone.

Last month, Taiwan – also praised for its virus response – reached the landmark as well, according to local media.