CR7 double not enough for Juventus 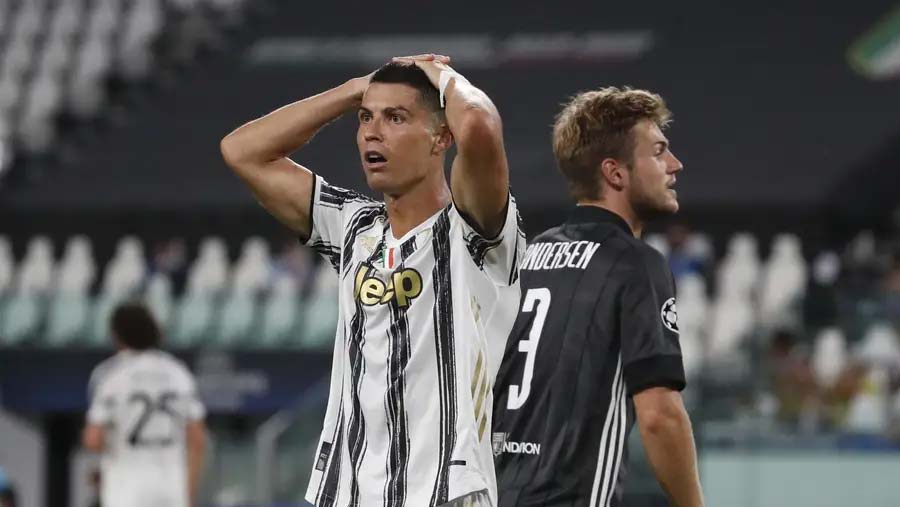 Cristiano Ronaldo's brace could not rescue Juventus' Champions League campaign on Friday (Aug 7) as they crashed out to Lyon on away goals at the last-16 stage, despite a 2-1 win in Turin.

Lyon survived a Cristiano Ronaldo-inspired comeback from Juventus to hang on and book a Champions League quarter-final against Manchester City.

Leading 1-0 from February's first leg, the French side were handed a soft early penalty which Memphis Depay converted in style.

That left Juve needing to score three times to progress and Ronaldo got one back from the penalty spot.

He then thundered in his 130th Champions League goal but Lyon held on.

Lyon boss Rudi Garcia, said: "We came up against an opponent who has an extraterrestrial in its squad," of five-time Ballon d'Or winner Ronaldo.

"This is the victory of a group. We wanted to be in the final eight in Lisbon, we are there.

"We'll still be outsiders and that suits us very well."

Juventus manager Maurizio Sarri may have guided his side to a ninth straight Serie A title but they were lethargic throughout and his position could be under threat.

Juve have not won the Champions League since 1996 and the wait goes on at least another year.