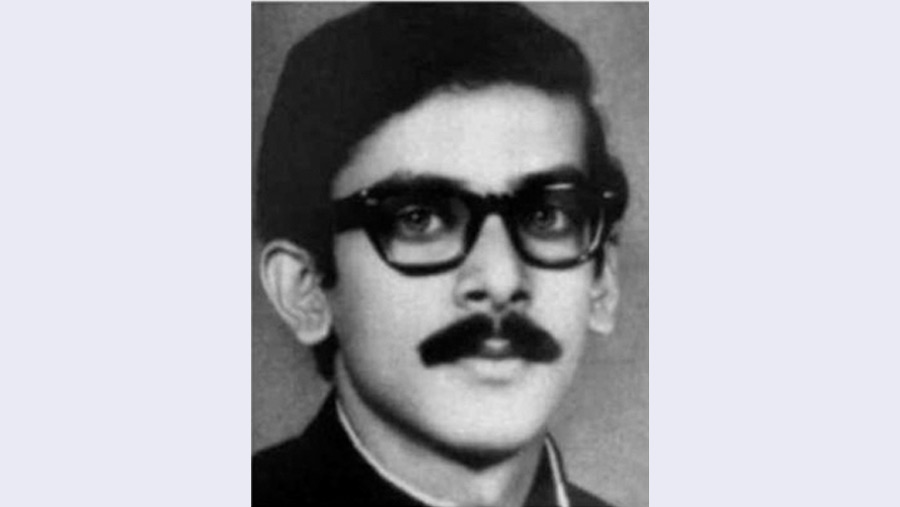 The 71st birth anniversary of Shaheed Sheikh Kamal, the eldest son of Father of the Nation Bangabandhu Sheikh Mujibur Rahman, is being observed today.

Sheikh Kamal, one of the prominent organizers of the liberation war and a noted sports and cultural personality, was born at Tungipara village under the then Gopalganj subdivision in 1949.

Awami League and its associate bodies paid tributes to Sheikh Kamal by placing wreaths at his portrait on Dhanmondi Abahani Club premises at 9 a.m. and at his Banani graveyard at 10 a.m. on the day.

Later, Awami League and its front organizations of Dhaka North and South city unit are scheduled to arrange recitation from the holy Quran as well as Milad and Doa Mehfil to observe the day.

After passing SSC from Shahin School and HSC from Dhaka College, Sheikh Kamal obtained BA (Honours) degree from the Social Science Department of the Dhaka University.

He was one of the pioneers of modern football in Bangladesh and also founder-president of Abahani Krira Chakra.

Kamal, who was first trained on war course in Bangladesh, got commission in liberation force and also became ADC to General Muhammad Ataul Gani Osmani, Commander-in-Chief of Bangladesh Armed Forces during the liberation war.

He was a former executive member of the central committee of Bangladesh Chhatra League.

Meanwhile, Abahani Club has drawn up a daylong programme on its premises to mark the birth anniversary of Sheikh Kamal.

The programme includes paying tributes by placing wreaths at Sheikh Kamal’s portrait at 12:01 a.m., daylong recitation from the holy Quran, virtual discussion and commemoration on his colorful life at 5 pm and doa-mahfil at the club bhaban after the Asar prayers maintaining social distancing amid coronavirus pandemic.

To mark the day, Center for Research and Information (CRI) has arranged a special webinar.

Awami League General Secretary and Road Transport and Bridges Minister Obaidul Quader urged all leaders and workers of the party and its associate and like-minded bodies to observe the birth anniversary of Sheikh Kamal in a befitting manner following the health guidelines.