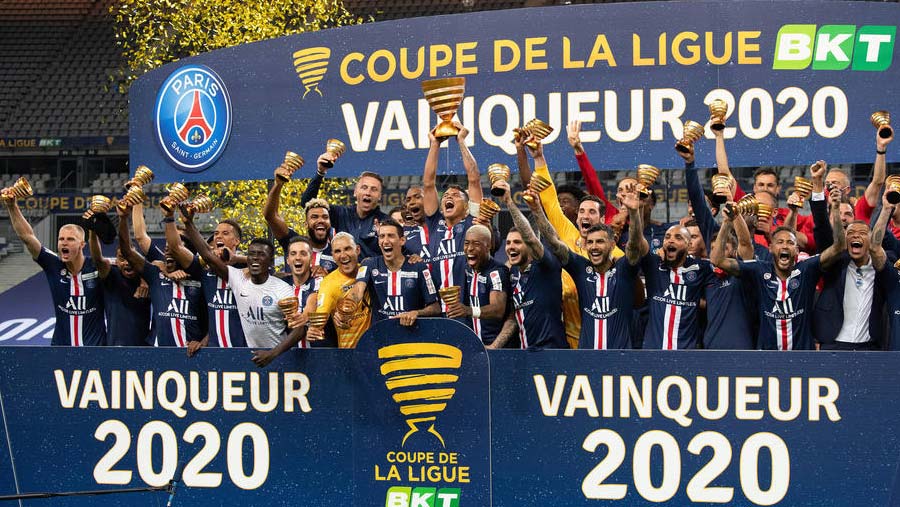 Pablo Sarabia scored the winning penalty in a shoot-out as Paris Saint-Germain warmed up for their assault on the Champions League in Lisbon by defeating Lyon in Friday's (Jul 31) French League Cup final to claim another domestic treble.

The Spaniard's successful kick came after Keylor Navas saved from Bertrand Traore and allowed PSG to win 6-5 on penalties after the game at the Stade de France finished 0-0 at the end of extra time.

The victory comes a week after they beat Saint-Etienne 1-0 in the French Cup final, the first competitive match on French soil since the coronavirus shutdown.

They had previously been awarded the Ligue 1 title by virtue of being top when the season was ended in April with 10 rounds of matches unplayed because of the health crisis.

Before penalties, Thomas Tuchel's team had the better of a terse final on a sweaty night, but they badly missed the injured Kylian Mbappe.

The masked France superstar watched from the stands as Lyon kept PSG at bay for two hours before having Brazilian defender Rafael sent off for chopping down Angel Di Maria on the edge of the box late in extra time.

Mbappe was injured in last week's French Cup final, suffering a sprained ankle that looks likely to rule him out of the Champions League quarter-final against Atalanta in Lisbon on Aug 12.