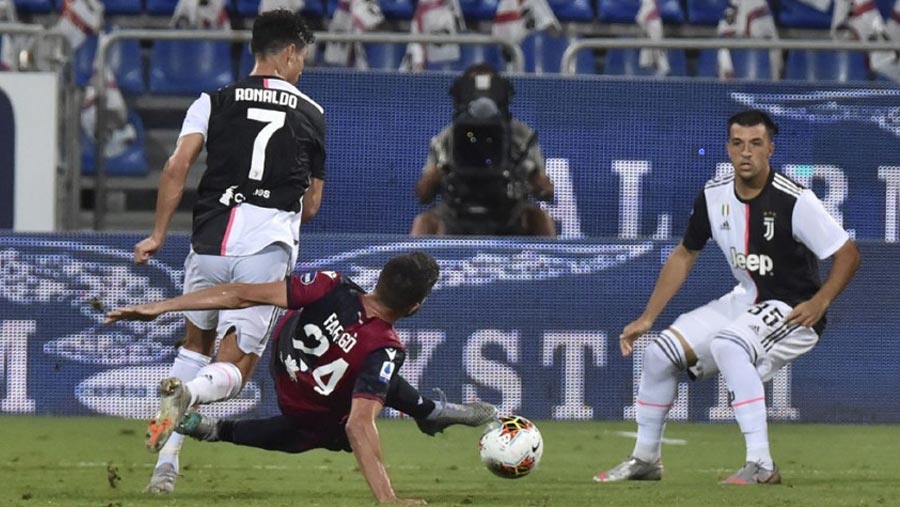 Juventus crashed to a humiliating 2-0 defeat at Cagliari on Wednesday (Jul 29) days after sealing their ninth consecutive Serie A title, with their Champions League last 16 return leg looming.

And the young Italian then teed up Giovanni Simeone in first half stoppage time to give Cagliari their first win over Juventus in 11 years.

Cristiano Ronaldo missed the chance to keep pace with Serie A's leading scorer Ciro Immobile, the Portuguese now four goals behind the Lazio forward's tally of 35 with one match remaining.

The five-time Ballon d'Or winner had a goal ruled offside after 16 minutes and was denied twice by Cagliari goalkeeper Alessio Cragno as the 13th-placed Sardinians ended their eight-match winless run.

It was a worrying performance for Maurizio Sarri's side, who have won just two of their last seven games, with key forwards Paulo Dybala and Douglas Costa fighting for fitness ahead of the Champions League showdown with Lyon on Aug 7 in Turin, when they need to overturn a 1-0 first-leg deficit.