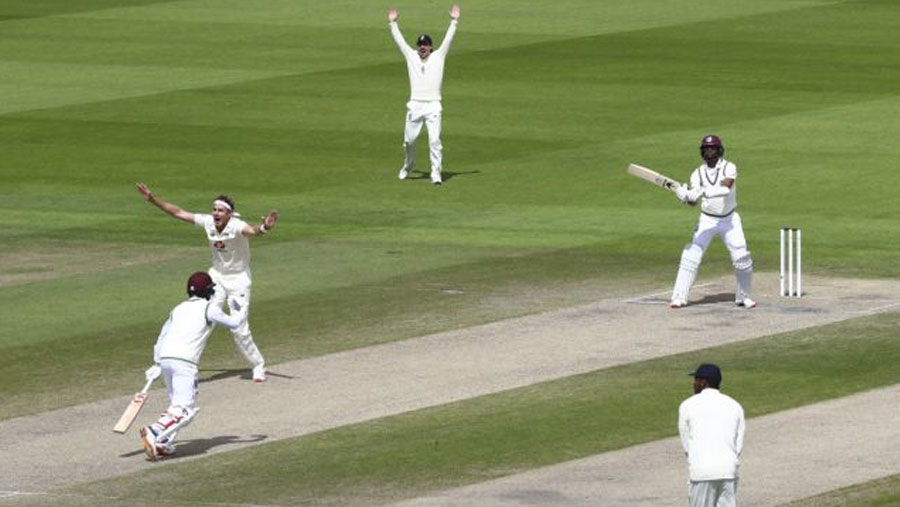 Stuart Broad's 500th Test wicket sent England on the way to completing a series victory over West Indies on the final day of the third Test at Emirates Old Trafford.

Broad had Kraigg Brathwaite lbw to become only the fourth pace bowler and second England player after James Anderson to reach the landmark, and would later take the final wicket to complete his third 10-wicket haul in Tests.

Brathwaite was the first man to fall, West Indies having resumed on 10-2 chasing 399 or, more likely, needing to bat out the day.

After being beaten in the first Test in Southampton, England have come from behind to win a three-match series for the first time since 2008.

They also regain the Wisden Trophy and end the series third in the World Test Championship, behind India and Australia.

In a congested schedule, an entirely separate England squad play three one-day internationals against Ireland in the next week before the first of three Tests against Pakistan begins on Aug 5.

West Indies, so competitive for much of the tour, remain without a series victory in the U.K. since 1988 and have now been beaten on seven consecutive trips to this country.