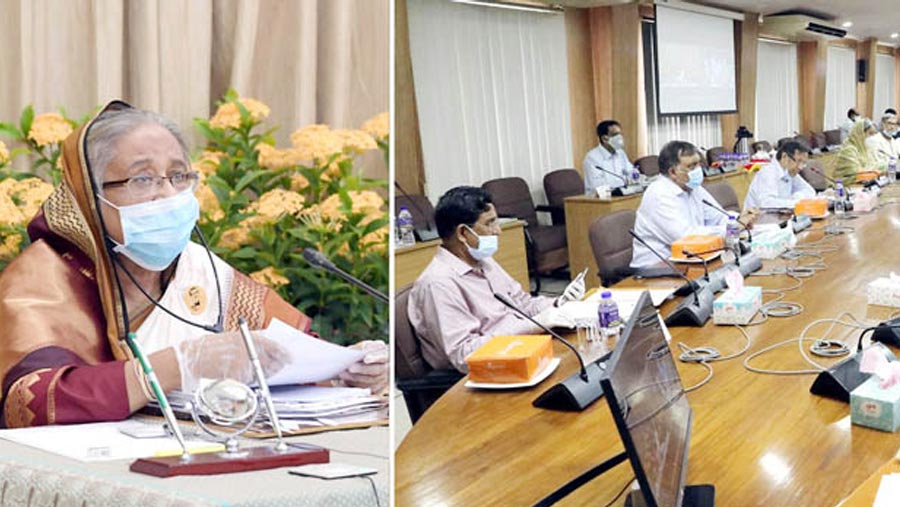 The cabinet on Monday (Jul 27) approved the draft of the “Bangladesh Madrasah Education Board Act, 2020″ at its regular weekly meeting with Prime Minister Sheikh Hasina in the chair.

“The cabinet today gave its final consent to the draft of the ‘Bangladesh Madrasah Education Board Act, 2020”, Cabinet Secretary Khandker Anwarul Islam told a news briefing at his Secretariat office in Dhaka following the meeting in the afternoon.

The PM joined the virtual meeting from her official residence Ganabhaban while ministers and secretaries joined the meeting from the Bangladesh Secretariat through a videoconferencing.

The proposed law made some amendments to the existing Madrasah Education Ordinance, 1978 to make it time-befitting in accordance with the Supreme Court order that had declared all the military period laws illegal.

Anwarul added that the draft law incorporated an article 28 to give the Madrasah Education Board’s prior activities under the 1978 ordinance a legal protection so that none of its earlier activity can be challenged as illegal.

Two major changes have been made to the proposed law, he said, adding that the draft has suggested making the board employees as public servants and fixing their retirement age at 60 likewise other education boards.

Besides, the cabinet approved a draft of an agreement to be signed between the government of Bangladesh and Lumbini Development Trust to set up a Buddhist Temple at Lumbini in Nepal with the finance of Bangladesh.

The meeting was apprised of joining the 76th assembly of the United Nations Economic and Social Commission for Asia and the Pacific (ESCAP) by a high level Bangladesh delegation led by the Prime Minister through a video conference on May 21.

The cabinet secretary said in April to June quarter 71.43 percent decisions of the cabinet have so far been implemented.

A total of 20 decisions out of 28 have been executed during this period while remaining others are being implemented, he added.