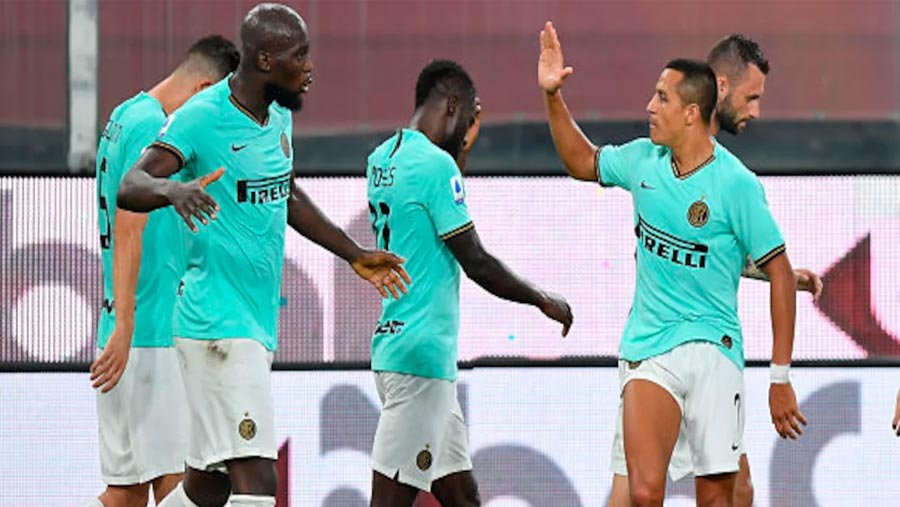 Inter Milan put more pressure on stuttering Serie A leaders Juventus thanks to a 3-0 win over relegation threatened Genoa to close the gap to four points at the top. Antonio Conte's side, who have two games left, moved above Atlanta into second place with 76 points, four behind Juventus who host Sampdoria on Sunday (Jul 26).

Inter Milan moved into second place in Serie A, four points behind leaders Juventus, with a 3-0 win over Genoa thanks to goals from Romelu Lukaku and Alexis Sanchez.

Juve will win the league with two games to spare if they beat Sampdoria on Sunday, but have only won once in their past five games.

Lukaku opened the scoring in the 34th minute with a header from a Cristiano Biraghi cross, before Sanchez struck in the 83rd minute, and Lukaku added his second in stoppage time.

Inter went above Atalanta with the win, while Genoa remain fourth from bottom, four points above the relegation zone having played a game more than Lecce, their rivals for the final relegation place.