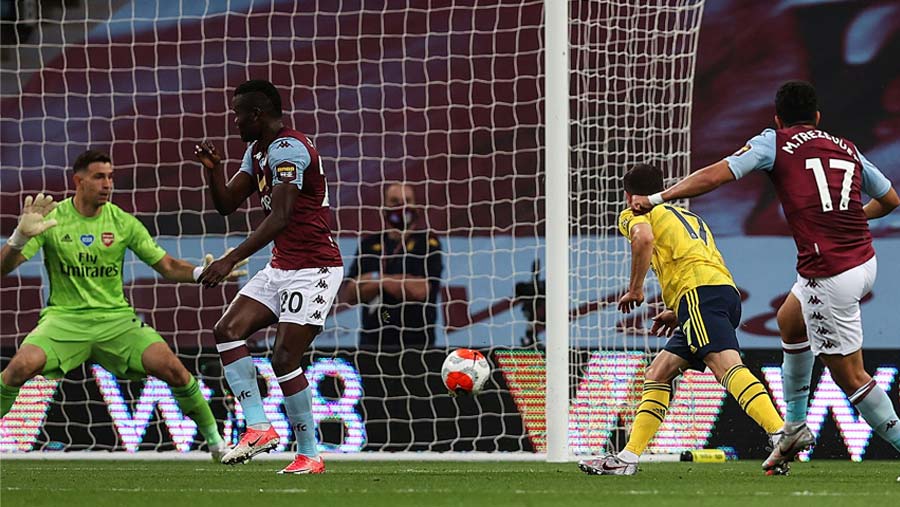 Aston Villa climbed out of the Premier League's relegation zone with one match to play after beating Arsenal 1-0 on Tuesday (Jul 21).

Trezeguet netted the winning goal in the 27th minute as Villa moved above Watford on goal difference and out of the bottom three for the first time since February.

It set up a dramatic finale on Sunday, with Villa, Watford and Bournemouth locked in a three-way fight against the drop.

Villa and Watford are three points ahead of Bournemouth, with all three teams facing away games in the last round.

Mikel Arteta's Arsenal will need to win the FA Cup final against Chelsea on Aug 1 to secure a place in the Europa League next season, and could yet finish as low as 10th place in the Premier League.

The visitors hit the post through Eddie Nketiah in the 77th minute but never reached the heights they hit in beating Liverpool, in the league, and Manchester City, in the FA Cup semifinals, in their previous games.