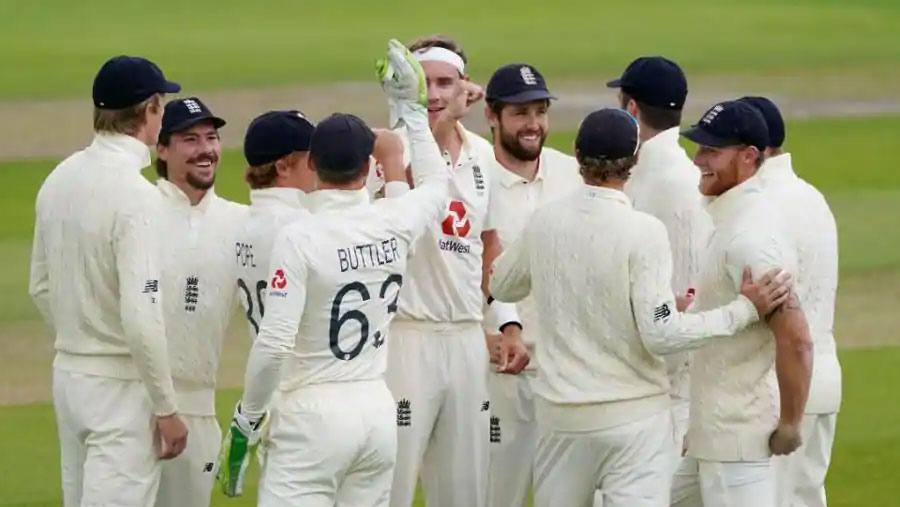 Ben Stokes and Stuart Broad again provided the inspiration for England to complete a series-levelling 113-run victory over West Indies in the second Test at Emirates Old Trafford.

Broad took 3-1 on the fourth evening and tore through the top order with three more wickets on Monday to leave West Indies 37-4.

Their recovery came in the shape of a century partnership between Jermaine Blackwood and Shamarh Brooks, who both made fifties.

Stokes produced the breakthrough, having the tangled Blackwood top-edge a pull to a diving Jos Buttler in a sustained spell of short bowling.

Further resistance came from West Indies captain Jason Holder but, when he was bowled by Dom Bess, England could scent victory.

The win was completed with nearly 15 overs to spare, Bess having Kemar Roach caught at short leg to leave West Indies 198 all out and the series level at 1-1.

The only concern for England was the sight of Stokes pulling up mid-over, appearing to hold his groin, late in the day, but he said there are no concerns over his availability for the third and final Test beginning on Friday at the same ground.