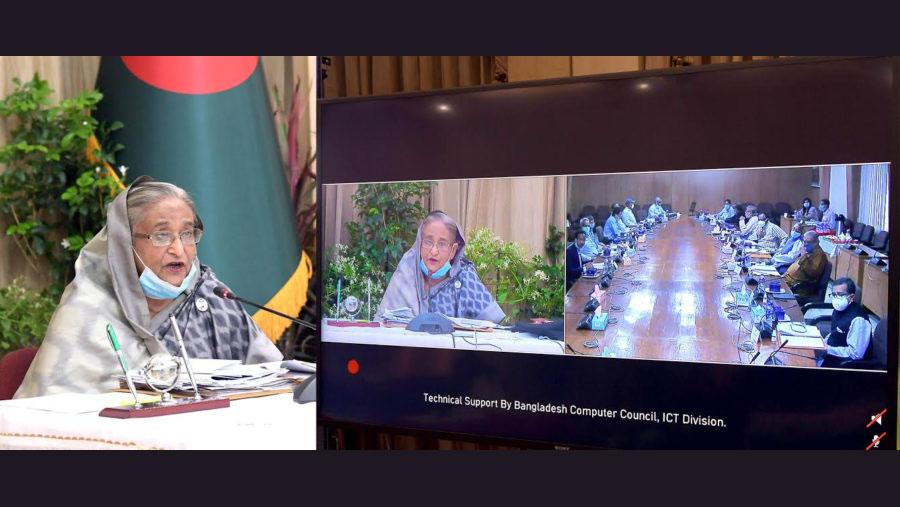 The cabinet on Monday (Jul 20) gave final nod to a draft law with a provision allowing formation of a one-man company to attract further investment, develop entrepreneurship and improve the overall environment regarding ease of doing business in its weekly meeting with Prime Minister Sheikh Hasina in the chair.

“We don’t have the perception of forming a one-man company in which a person will be the owner and sole shareholder of it. The cabinet gave final nod to a draft of ‘The Companies (Second Amendment), Act 2020’ with a provision of forming such company as proposals to this end came from different quarters indicating that huge investment will come if the idea is implemented,” Cabinet Secretary Khandker Anwarul Islam told a news briefing following the meeting in the afternoon, local media reported.

The PM joined the virtual meeting from her official residence Ganabhaban while ministers and secretaries joined it from the Bangladesh Secretariat here through a videoconference.

In the existing law, there is a provision for formation of a company with minimum two persons and maximum 50, excluding the persons appointed to the company.

The cabinet secretary also said that a part will be incorporated to the proposed law regarding company’s registration, operation and overall management.

He added that the proposed law allows online registration of a company alongside holding its board meeting within 21 days of getting notice, instead of the existing 14 days.

“The cabinet approved the proposal of holding a board meeting by 21 days instead of 14 days immediately after getting notice, specially for attracting more foreign direct investment (FDI),” he continued.

Anwarul said that the proposed law has given importance to paying the debts of a company in case of its winding up.

Owner of a company has to remain present physically if he wants to transfer his or her share to another person or he can transfer his shares by calling a commission in his or her house or any other place, he said.

The government’s top bureaucrat said the amendments to the existing company law would help scale up Bangladesh’s position in the index of ease of doing business, attract investments and develop entrepreneurship.

He said the prime minister asked all concerned to continue the all-out efforts to face the ongoing flood situation.

Anwarul said the cabinet today also gave its final consent to the draft of “The Bangladesh Travel Agencies (Registration and Control) (Amendment) Act, 2020” with a provision of maximum six-month imprisonment or Tk 5 lakh penalty or both in case of violation of the proposed law.

“One would have to face maximum six months punishment or Tk 5 lakh as fine or both in case of violating any provision of the law.

As per the proposed law, license can be renewed within six months upon completion of the stipulated time by paying a fine, he said, adding that one can hand over his or her ownership to another.

The travel agencies can open their branch offices at home and abroad as per the draft law, he said.

Besides, the cabinet decided to observe Jun 4 as the ‘National Tea Day’ every year by including the day in the Kha Serial (list) of the gazette notification concerned.

The cabinet also approved the draft of a proposed technical cooperation agreement to be signed between the Civil Aviation Authority of Bangladesh and the Directorate General of Civil Aviation, France.