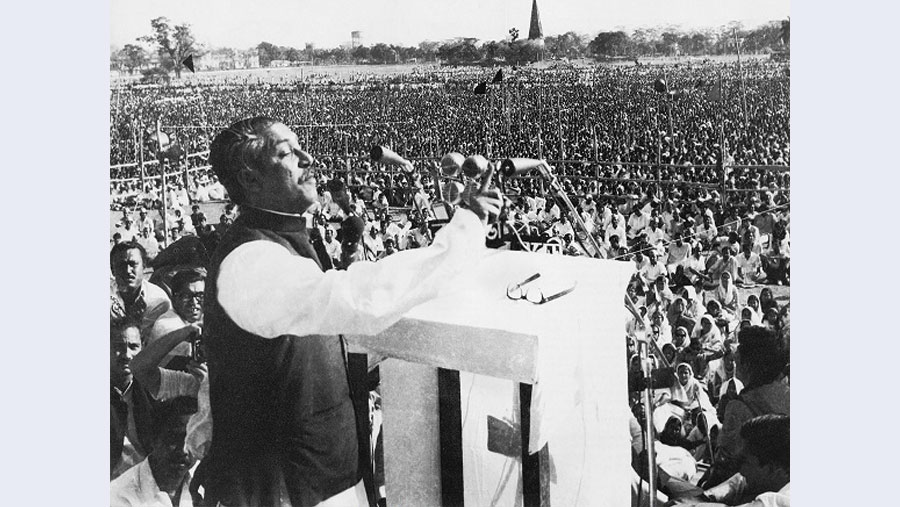 The cabinet on Monday (Jul 13) approved a proposal to announce Mar 7 as the “National Historic Day” to be observed every year nationally for recalling the memory of the 7th March Speech of Father of the Nation Bangabandhu Sheikh Mujibur Rahman. The decision came from a cabinet meeting with Prime Minister Sheikh Hasina in the chair, local media reported.

“The cabinet today gave consent to a proposal regarding declaration of March 7 as the ‘National Historic Day’ and include it into the Ka Serial list of the cabinet division notification to observe the day,” Cabinet Secretary Khandker Anwarul Islam told a news briefing after the meeting.

The Prime Minister joined the meeting from her official residence Ganabhaban with ministers and secretaries attending it from the Bangladesh Secretariat through a videoconference.

Mentioning a High Court rule upon a writ petition that asked the government to declare March 7 as the “National Historic Day” and publish a gazette notification to this effect and set up Bangabandhu’s mural at districts and upazilas, the cabinet secretary said that the government has undertaken various development programmes under a master plan through which murals are being built.

“So, there is no need to build Bangabandhu’s mural in districts and upazilas as the government has already initiated the programme under a master plan,” he continued.

The government’s top bureaucrat also urged the Cultural Ministry to inform the High Court about the master plan to this respect as the court issued (second part) the rule as it was not informed of the matter.

On Oct 30 in 2017, the UNESCO had recognised the historic 7th March Speech of Bangabandhu as part of the world’s documentary heritage. The Memory of the World International Register is a list of documents having global significance.

On Mar 7 in 1971, Father of the Nation Bangabandhu Sheikh Mujibur Rahman in his fiery speech called on the freedom-loving Bangalis to wage a decisive struggle against the Pakistani rulers.

“Turn every house into a fortress, resist the enemy with everything you have … Having mastered the lesson of sacrifice, we shall give more blood. God willing [Insha Allah], we shall free the people of this land,” Bangabandhu also said in his speech.