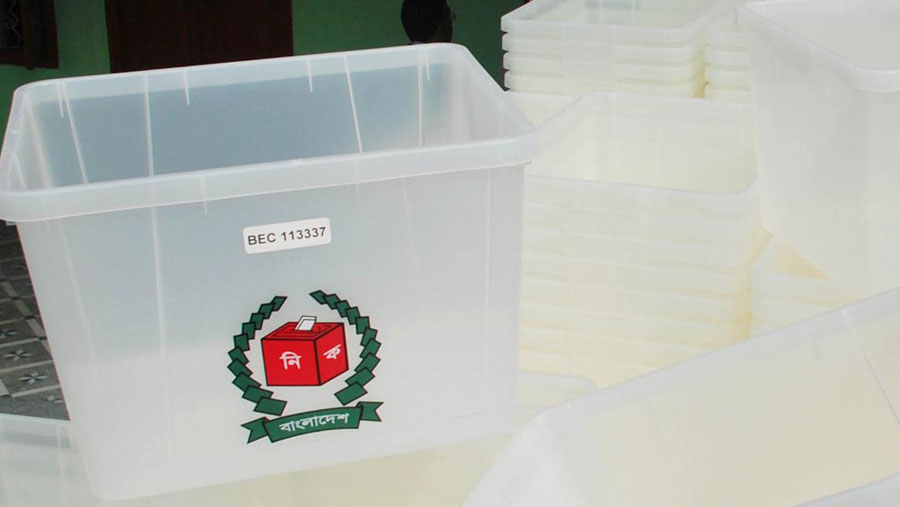 Bangladesh Election Commission said they were compelled to hold the polls as it was needed to fulfill the constitutional obligation of filling the vacant seat of a member of parliament within 180 days.

Election Commission Senior Secretary Md Alamgir yesterday told media that they completed all formalities and preparations for holding the by-polls. Health guidelines and social distancing directives would be strictly maintained during the election to stem the spread of coronavirus, he said.

There will be soaps and hand sanitisers at all polling centres, and all voters will have to use it before and after casting votes, he said, adding that all election officials and voters would be wearing masks.

Voters will stand in line by maintaining a distance of at least three feet. Only one voter will be allowed to enter the polling booth at a time. All polling officials and agents of candidates will perform their duties maintaining proper distance, said the Election Commission senior secretary.

“We have taken necessary steps to hold the elections peacefully,” he said.

The Election Commission in February announced that by-elections to the two constituencies will be held on Mar 29. But they postponed the polls on Mar 21, considering the coronavirus situation.

On Jul 4, the Election Commission said that elections to the two constituencies will be held on Jul 14. On Jul 6, the EC announced general holiday for Bagura-1 and Jashore-6 on Jul 14 for the by-elections.

In Jashore-6 (Keshabpur), two candidates are vying for the polls – Shahin Chakladar from the Awami League and Habibur Rahman Habib from the JP.

The BNP initially decided to take part in both the by-polls and collected nomination papers, but changed its mind and boycotted the elections when the EC declared the election date for the second time on Jul 4 amid the pandemic.

Some voters said they were not interested to go to the polling centres due to the fear of Covid infections. Flooding in different areas of Bogura-1 may further lower the vote casting rate, said locals. Flood situation in Bogura is worsening again for the last two days.

Election Commission Secretary said 14 polling centers in Sariakandi and Sonatala were shifted elsewhere due to the flood.

The EC imposed a 24- hour general ban on all kinds of vehicular movements including baby taxi, auto-rickshaw, electric-run three or four wheelers called easy-bikes, pickup truck or covered van, tempo vehicles, taxicab, car and locally made microbus, jeep and truck from midnight of Jul 13 to midnight of Jul 14.

The ban will be relaxed for contesting candidates, their polling agents, local and international election observers (having identity cards) after getting permission of the respective returning officers.

Vehicles carrying local and international journalists (having ID cards), government officials concerned, members of law enforcement agencies, election observers and emergency services like ambulance, fire service, electricity, gas and posts, telecommunications will remain out of the purview of the ban.

The commission also imposed a 24-hour ban on movement of all kinds of water vessels from midnight of Jul 13 to midnight of Jul 14 in the constituencies but for urgent needs, vessels would be allowed as per the permission of the returning officers or proper authorities.