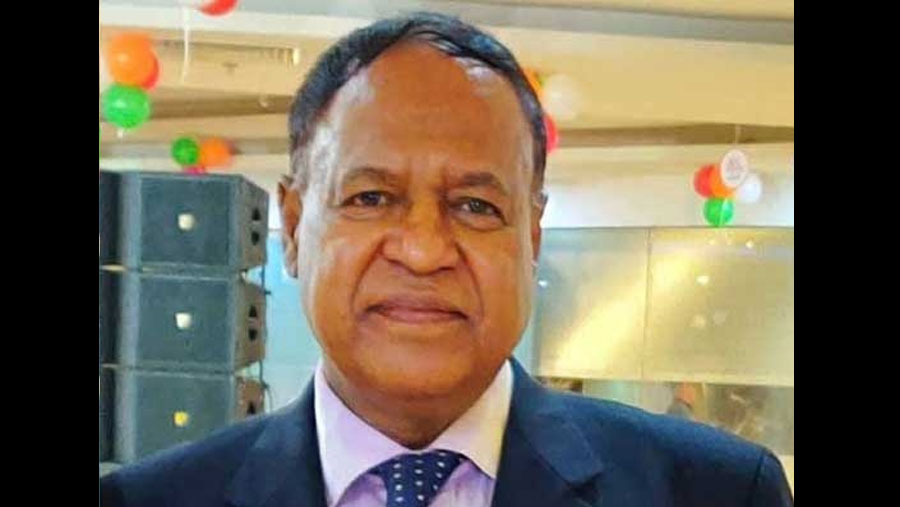 Nurul Islam Babul, Chairman of Jamuna Group – one of the biggest conglomerates in the country – died with Covid-19 at a city hospital today. He was 74. A freedom fighter, Nurul Islam, breathed his last at Evercare Hospital at 3:40 p.m. Apart from being infected with Covid-19, he also had kidney damage, local media reported.

Nurul Islam, one of the prominent industrialists of the country, left behind his wife Salma Islam, MP and former state minister for women and children affairs, son Shamim Islam, managing director of Jamuna Group, three daughters – Rozalin Islam, Monika Islam and Soniya Islam, and a host of relatives to mourn his death.

Nurul Islam, also the founding chairman of the daily Jugantor and Jamuna Television, had been undergoing treatment at the hospital since Jun 14. A ten-member medical board was formed for his treatment at the hospital. Besides, four specialist doctors from China and two specialist doctors from Mount Elizabeth Hospital in Singapore have given advice through teleconference to treat him.

He will be buried at the Banani graveyard tomorrow after Namaz-e-Janaza at Jamuna Future Park mosque after Zohr prayers.

President Md. Abdul Hamid expressed profound shock and sorrow at the death of Nurul Islam Babul. In a condolence message, the head of the state prayed for eternal peace of the departed soul and conveyed sympathy to the bereaved family.

Speaker Shirin Sharmin Chaudhury, top leaders of different political, social and business organisations, ministers including Road Transport and Bridges Minister Obaidul Quader, Finance Minister A H M Mustafa Kamal, Home Minister Asaduzzaman Khan, among others, expressed deep shock at the death of the Jamuna Group chairman. In separate condolence messages they said an entrepreneur like him was much needed to develop a modern Bangladesh. His departure at this time was an irreparable loss for the country.

Nurul Islam who was born in Noakhali in 1946, founded Jamuna group in 1974 and established 41 organizations in industries and service sectors.

Jamuna Group has a major contribution towards the national exchequer in the form of taxes and by generating employment opportunities for huge number of people. More than 50,000 people work under different ventures of Jamuna Group.

Over 34 years of operation, the group has ventured into electrical, engineering, chemical, leather, garments and textiles – including spinning, knitting and dyeing, cosmetics, toiletries, beverages, real estate, housing, print and electronic media sectors having a goodwill for its products and operations in both local and global markets.