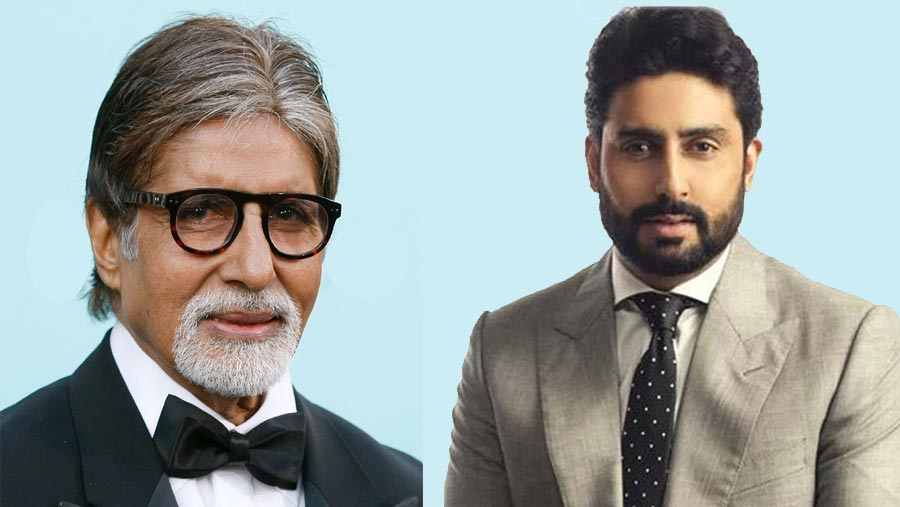 His son, Abhishek, later tweeted he had also tested positive.

Amitabh, 77, has been involved in 200 films since becoming a star five decades ago.

He, and Abhishek, 44, have been taken to Nanavati Hospital in Mumbai, and his son described them both as having mild symptoms.

Amitabh is stable with mild symptoms and is currently in the isolation unit of the hospital, news agency ANI reported, quoting a public relations officer for the hospital.

He urged anyone who had been close to him in the past 10 days to get tested. The rest of the Bachchan family – actors Jaya Bachchan, Aishwarya Rai Bachchan, and daughter Aaradhya – have returned negative coronavirus antigen test reports, local media reported.

Mumbai municipal officials have since put up banners outside the actor's house in Mumbai, classifying it as a "containment zone".

The news has led to an outpouring of support for the pair on social media. Among those paying their respects were actress Sonam K Ahuja and former India cricket player Irfan Pathan.

"Dear Amitabh ji, I join the whole Nation in wishing you a quick recovery! After all, you are the idol of millions in this country, an iconic superstar! We will all take good care of you. Best wishes for a speedy recovery!" said India's Health Minister Harsh Vardhan.

Bachchan Snr has enjoyed starring roles in hit movies such as Zanjeer and Sholay. Since rising to fame in the 1970s, he has won numerous accolades including four National Film Awards and 15 Filmfare Awards. France has also bestowed its highest civilian award, the Legion of Honour, for his contribution to cinema.

Outside acting, Bachchan Snr had a brief stint in politics and was elected as a member of India's parliament in 1984 at the behest of former Prime Minister Rajiv Gandhi. But he resigned three years later, disillusioned by a corruption scandal under Mr Gandhi's government.

He was also a businessman, setting up the Amitabh Bachchan Corporation in 1995 for event management and the production of films. After the venture failed, he went on to host TV game show Kaun Banega Crorepati, and has starred in more movies since.  His latest film was the comedy Gulabo Sitabo, released on Amazon.

In recent months, he has been prominent in helping the government get its message across in the fight against coronavirus.

India has seen a sharp rise in the number of coronavirus cases, with the total climbing to nearly 821,000 on Saturday – the third highest caseload in the world.