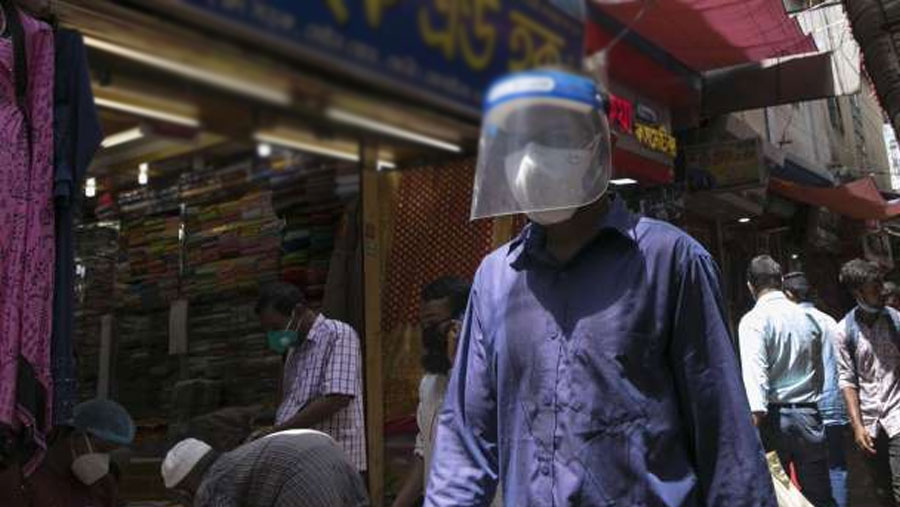 Bangladesh on Tuesday (Jun 30) saw the highest-ever jump in deaths from coronavirus (Covid-19) infections in a single day as health authorities confirmed another 64 deaths in a span of 24 hours. With these, the national death tally from the virus rose to 1,867.

During the period, 3,682 new patients have been diagnosed with COVID-19 which raised the number of total infected people in the country to 1,45,583. The daily infection rate was recorded 19.98 percent on Tuesday.

Earlier, Bangladesh broke the previous record of death count in a day on Jun 17 as the country saw the death of 53 patients.

Additional Director General of the Directorate General of Health Services Prof Dr Nasima Sultana came up with the disclosure at the daily health bulletin of DGHS.

Against the number of total tests since Mar 8, the infection rate is 18.98 percent in the country, Dr Nasima noted.

Across the country 1,844 more patients made recovery, she said adding that 59,624 people have so far recovered from the disease.

Against the total number of detected cases, the recovery rate is 40.98 percent while the mortality rate is 1.27 percent in the country.

Among the deceased, 52 were male and 12 female, said Dr Nasima. Twenty-one patients who died were within the age bracket of 51 and 60.

51 people died at hospitals across the country while 13 died at their homes, Dr Nasima added.

Besides, 449 people were taken to isolation in the last 24 hours while 544 released, and 15,145 people are currently in isolation.

During the period, another 2,542 people were home and institutionally quarantined and 2,834 released.

At present, 64,667 people are quarantined across the country.