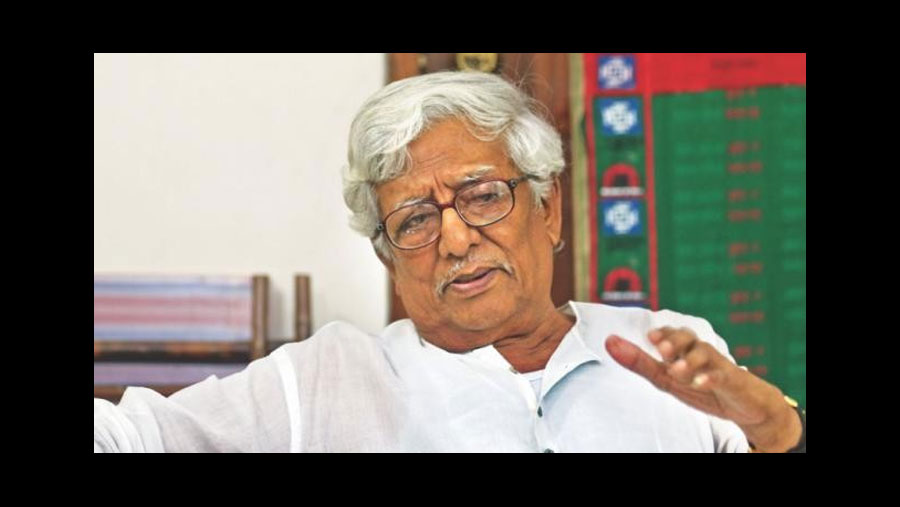 Ekushey Padak winning renowned Journalist Kamal Lohani passed away at a city hospital this morning at the age of 86. He breathed his last at 10.10 a.m. while undergoing treatment at Sheikh Russel Gastro Liver Institute and Hospital in Dhaka, local media reported citing his son Sagar Lohani.

Kamal Lohani had been suffering from lung and kidney related complications for long and had also heart desease and diabetis.

He was found Covid-19 positive after testing sample and it was confirmed on Friday, said his daughter Bannya Lohani.

On Jun 17, he was admitted to Health and Hope Hospital following his physical condition deteriorated. Later he was shifted to Sheikh Russel Gastro Liver Institute and Hospital. He was undergoing treatment at the Intensive Care Unit (ICU) of the hospital.

Earlier, he was taking treatment at his residence and when his condition deteriorated, he was admitted to the hospital on May 18. But, after few day’s treatment in the hospital he felt better and then he was taken home on Jun 2.

Kamal Lohani is survived by a son, two daughters and a host of relatives.

He was well known as Kamal Lohani, but his official name was Abu Nayeem Mohammad Mostafa Kamal Khan Lohani.

He was born at Khan Sotala village under Ullapara upazila of Sirajganj district on Jun 26 in 1934.

Kamal Lohani started his carrier as journalist through the daily Millat. Then he worked for Daily Azad, Sangbad, Purbo Desh and Dainik Barta. He was a president of Dhaka Union of Journalists (DUJ).

He was too Director General of Bangladesh Shilpakala Academy for two times.

He was awarded the prestigious ‘Ekushey Padak’ in 2015 for his contribution to Journalism.