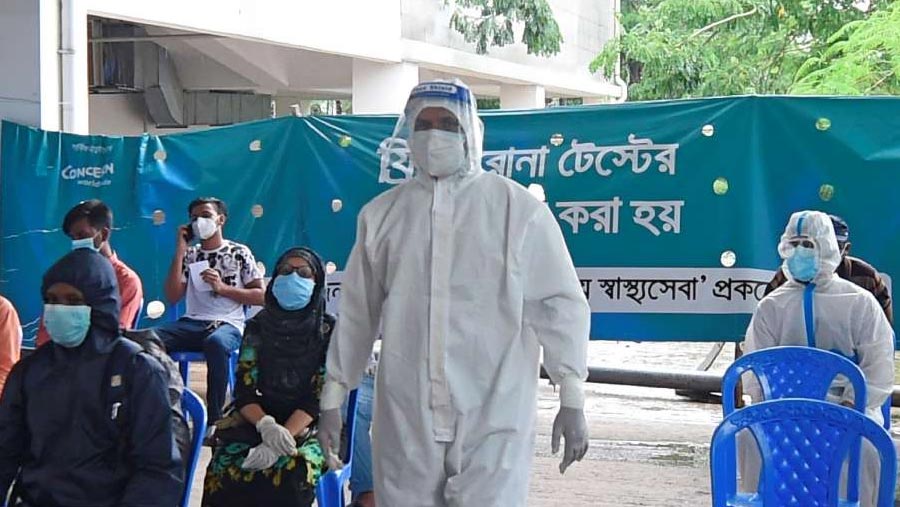 Bangladesh today recorded 45 deaths from the novel coronavirus (Covid-19) and the highest number of 2,781 recoveries in a daily count.

Bangladesh on Friday (Jun 19) recorded 45 deaths from coronavirus (Covid-19) in the span of 24 hours, raising the death toll to 1,388. The number of total Covid-19 patients also surged to 105,535 to as the health authorities confirmed the detection of 3,243 new cases across the country during the same period. The recovery count rose to 42,945 after another 2,781 patients – the highest in a single day – were discharged from the hospitals during the period.

Additional Director General of the Directorate General of Health Services (DGHS) Prof Dr Nasima Sultana came up with the disclosure at the daily online health bulletin of DGHS.

The detection rate of new patients on Friday has been recorded at 21.56 percent. Against the total number of detected cases, the recovery rate is 40.69 percent and the mortality rate is 1.32 percent in the country.

31 patients breathed their last in hospitals across the country and others died at homes, Dr Nasima added.

Across the country, 684 more people were taken to isolation in the last 24 hours while 236 were released. Currently, 11,474 people are in isolation.

During the same period, another 2,585 people were home and institutionally quarantined and 2,237 were released. At present 63,054 people are quarantined across the country.

The global death toll from Covid-19 stood at 453,268 as of Friday morning, according to the Centre for System Science and Engineering of Johns Hopkins University. Besides, the number of confirmed virus cases has gone up to 8,463,533.

According to JHU data, Brazil and Russia have come up to the second and the third positions after the US with 978,142 and 560,321 confirmed cases as of Friday.

Meanwhile, India has come up to the fourth position after Russia with 366,946 confirmed Covid-19 cases. The country has so far reported 12,237 deaths.

Brazil counted the second highest deaths after the US as it reported 47,748 deaths from the virus till the date.