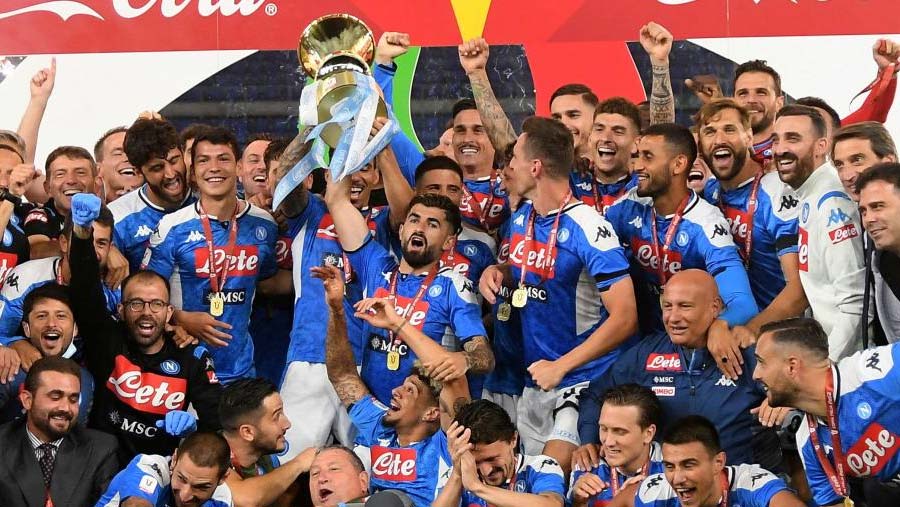 Napoli has lifted their sixth Coppa Italia trophy after a penalty shoot-out win against Juventus on Wednesday (Jun 17). The game was forced into shoot-outs as both teams remained inseparable after regular time.

Paulo Dybala and Danilo failed to convert their spot-kicks, dashing the hopes of the Serie A league leaders.

Arkadiusz Milik was left with the nailing kick for Napoli and he slot it into compound Ronaldo's misery, who not only watched Juve's misses but could not step up to take his penalty with the game already lost by 4-2.

Napoli became the 5th club in Serie A to have won the Coppa Italia after beating Juventus.

The first major cup final since football returned after the worst of the coronavirus pandemic in Europe took place at the Stadio Olimpico and saw a barren draw at the end of regular time.