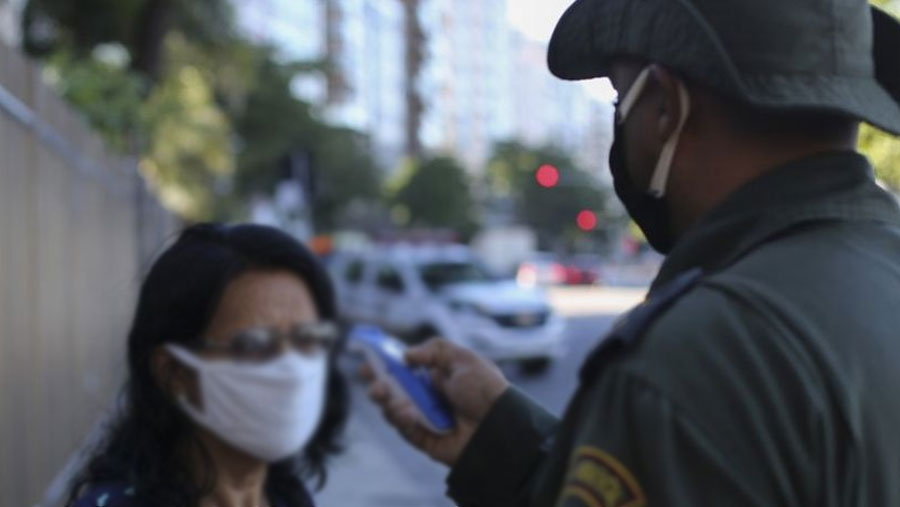 Brazil on Tuesday (Jun 16) recorded its highest daily jump in new coronavirus cases since the start of the pandemic, with nearly 35,000 registered in 24 hours, the health ministry said.

The country, which has the second-highest number of coronavirus cases and deaths in the world, after the United States, reported 34,918 new cases and 1,282 new deaths in the past 24 hours.

Experts say under-testing in the country of 212 million people probably means the real figures are much higher.

The grim new record came as the World Health Organization’s top official for the Americas again voiced concern over the situation in Brazil.

“Brazil has 23 percent of all cases and 21 percent of all deaths in our region. And we are not seeing transmission slowing down,” Carissa Etienne, director of the Pan American Health Organization, told a news conference.

Brazil has struggled to set a strategy for dealing with the virus.

President Jair Bolsonaro, who has famously compared the virus to a “little flu,” has clashed with state and local authorities over their use of stay-at-home measures to contain it.

The far-right leader argues the economic impact of such measures risks being worse than the virus itself, and has instead touted the drugs chloroquine and hydroxychloroquine as treatments, despite uncertainty about their effectiveness against Covid-19.