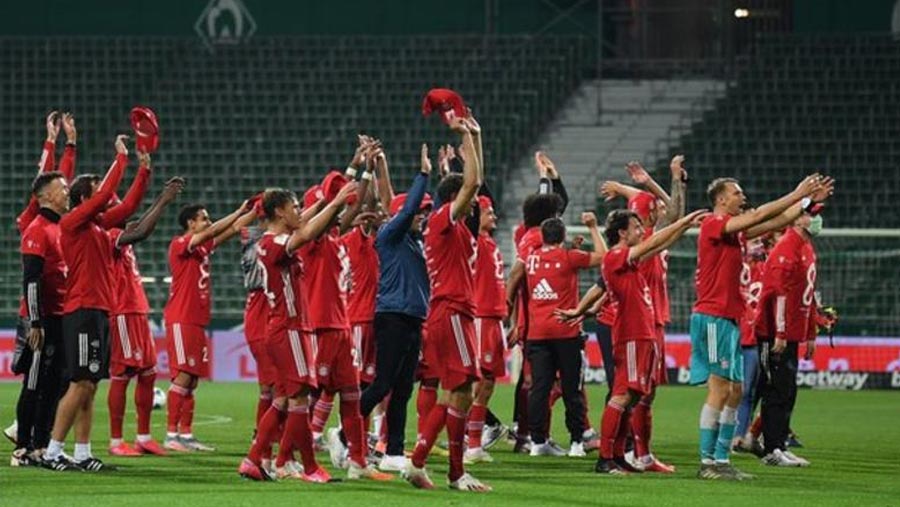 Even the coronavirus lockdown could not stop Bayern’s momentum, with the champions winning eight consecutive games in all competitions since the resumption of German football last month.

Robert Lewandowski chested down Jerome Boateng's chipped pass to net the winner against Werder Bremen and seal the league with two games to spare.

Bayern finished the match with 10 men after Alphonso Davies was sent off for two yellow-card offences.

Poland striker Lewandowski has scored 31 league goals this season, a tally that equals the single-season scoring record by a foreign player in the league. Pierre-Emerick Aubameyang, now at Arsenal, scored 31 Bundesliga goals for Borussia Dortmund in 2016-17.

Bayern were far from their best against a Werder Bremen side fighting for survival at the other end of the table.

Coman again went close before teenager Davies was sent off with 11 minutes remaining, while Werder Bremen had a late appeal for a penalty for handball turned down.