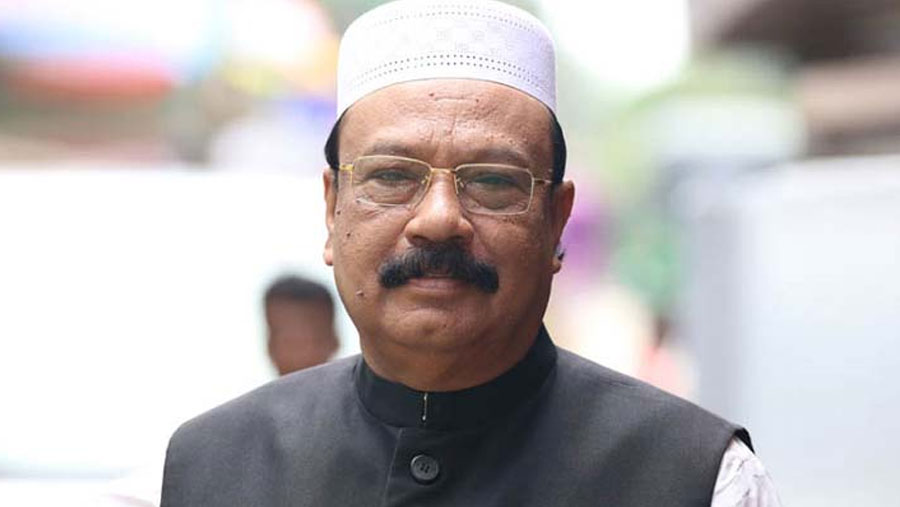 Former Mayor of Sylhet City Corporation (SCC) Badaruddin Ahmad Kamran was laid to eternal rest besides his parents graves near Manikpir Tila in the city after Johr prayers. His first Namaz-e-Janaza was held at his Chhararpar residence in the city followed by second one near Manikpir Tila.

Earlier, his body was taken to Sylhet from Dhaka by an ambulance in the noon as he passed away in the early hours of today while undergoing treatment at Combined Military Hospital (CMH) in the capital.

Leaders of Bangladesh Awami League, BNP, Jatiyo Party and other parties, cultural and social bodies thronged his residence to have a last glimpse of him and joined Janazas maintaining health guidelines and social distancing amidst the outbreak of coronavirus (Covid-19).

Kamran, a member of the central executive committee of Awami League, died of being infected by coronavirus at CMH in Dhaka in the wee hours of today at the age of 69, local media reported.

He is survived by his wife, a daughter and two sons. Kamran was flown to Dhaka by an air ambulance and admitted to CMH in the capital on Jun 7 as his physical condition deteriorated after being infected with Covid-19. He was also underwent plasma therapy.

He felt acute chest pain at about 2.45 a.m. and then the doctor declared him dead within few minutes today, his brother Masuk Uddin told media. On Jun 5, he was tested Covid-19 positive and admitted to a city hospital as condition deteriorated.

A popular figure in Sylhet and all over the country as well for his contribution to the people and society as a mayor and an Awami League leader, Badar Uddin Ahmed Kamran was the first elected mayor of SCC. He was elected twice as mayor of Sylhet city.

He became the mayor of Sylhet city by defeating Muhammad Abdul Haque in March 2003. Kamran won the election by more than 20,000 votes. He became the President of Sylhet City unit of Awami League.

In 2005, while he was inaugurating a tennis court, grenade attack was carried out in an attempt to assassinate him.

In November 2008, six members of banned militant group Harkat-ul-Jihad were charged with attempting to assassinate him. Kamran was re-elected mayor in 2008 election as well.