Domestic flights to resume from Jun 1 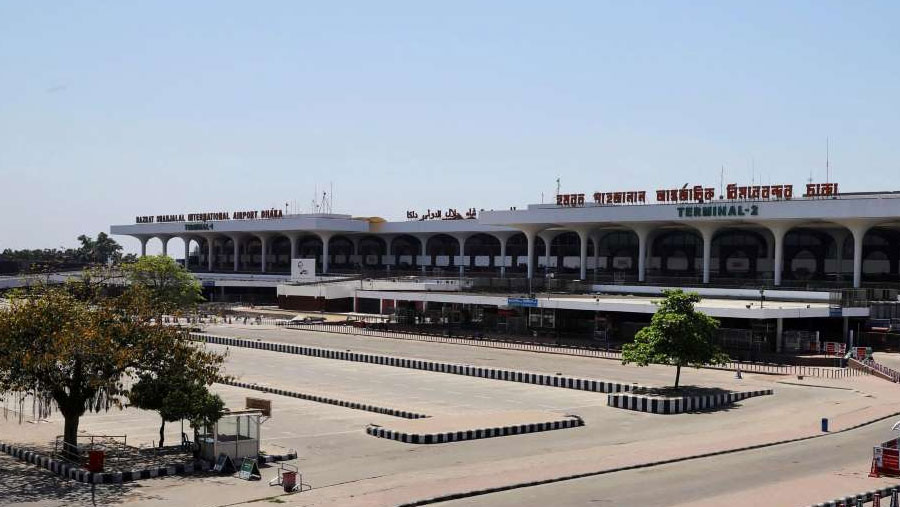 Bangladesh today decided to resume domestic flight operations after more than two months on a limited scale from Jun 1 and extend the ongoing ban on international routes till Jun 15 to contain the spread of Covid-19 pandemic.

“We have decided to resume the domestic flight operations on a limited scale initially on Dhaka-Chittagong, Dhaka-Sylhet and Dhaka-Syedpur routes while the ongoing international flight suspension will be continued till June 15,” Civil Aviation and Tourism secretary M Mohibul Haque told media today.

After observing the situation of domestic flights resumption, the senior secretary said, they would consider reopening all the seven domestic destinations, including Jashore and Rajshahi, after Jun 15.

“We are also considering the withdrawal of ongoing ban on international flight operation after June 15 depending on the situation,” he said, adding that resumption of London flight is under consideration of the government.

Meanwhile, the Civil Aviation Authority of Bangladesh (CAAB) issued a circular regarding the decision of domestic flight resumption as well as extension of the ongoing ban on international flight operation for the seventh consecutive time till Jun 15 to and from Bahrain, Bhutan, Hongkong, India, Kuwait, Malaysia, Maldives, Nepal, Oman, Qatar, Saudi Arabia, Sri Lanka, Singapore, Thailand, Turkey, UAE, and the UK.

Currently, international flights are being operated from Bangladesh to only China.

Later, on a video message, CAAB chairman Air Vice-Marshall M Mafidur Rahman said all the airlines must follow the prescribed guidelines, including the social distancing instructions, issued by his office, to operate the domestic flights.

Mentioning the decision of lingering the international flight suspension, he said they may reconsider resuming flight operations on some international routes under special consideration before Jun 15.

The decision was taken following the government’s announcement of allowing public transportation on road, rail, waterways and air on a limited scale starting from May 31 as the ongoing general holidays will not be extended after May 30.

Last week, the CAAB prepared a guideline with directions to the airlines on how the flights will be operated following all health instructions and social distancing after the withdrawal of the current suspension.

According to the guideline, all airlines have to keep at least 30 percent seats vacant on each flight to ensure social distancing by keeping at least a gap of a seat between two passengers if they are not from the same family.

About the seat planning, it further instructed that the frontal or the last row of seats on each flight must remain vacant for carrying any passenger to be found suspected of contracting coronavirus.

If any passenger is found with Covid-19 symptoms, crew members should immediately contact the destination airport and hand over the suspected patient to the airport health authority after landing.

All staffers of airlines will have to wear masks, gloves and disposable head caps while dealing with passengers at the check-in counters while cabin crew will wear N95 or equivalent protection facial masks, goggles, disposable rubber gloves and change facial masks every four hours, said the guideline.

Crew members will avoid close contact with passengers and provide only the necessary in-flight services to the passengers and no food and drink will be served in flights with an airtime of less than one and a half hours.

Normal meal can be served to passengers during medium and long-haul flights while all types of baby foods will be allowed to be carried.

Passengers’ body temperature will be measured and they have to stand in queues in front of the check-in counters and in front of the boarding gates maintaining social distancing.

Earlier on May 14, the government last extended the ongoing ban on flight operation for the sixth consecutive time till May 30 while the first ban on some international flight were imposed on Mar 16 and on all domestic routes on Mar 25.

Apart from Bangladesh’s main aviation hub Hazrat Shahjalal International Airport in the capital, the CAAB also asked officials of the country’s other two international airports in Chittagong and Sylhet and all domestic airports to carry out disinfecting activities on a regular basis.

Bangladesh government also facilitated chartered flights to bring back its nationals from a number of countries, including India, the UK, Singapore, Malaysia and Thailand.