WHO warns that 1st wave of pandemic is not over 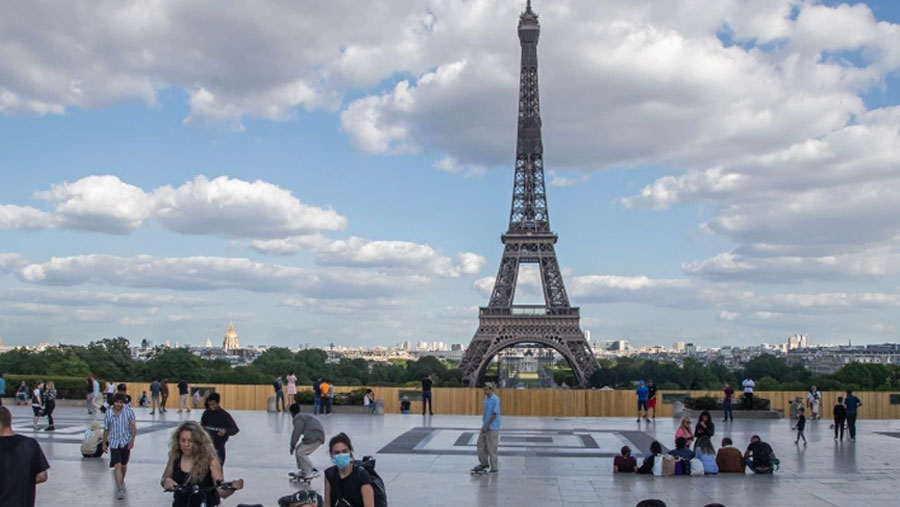 As Brazil and India struggle with surging coronavirus cases, a top health expert is warning that the world is still in the very middle of the outbreak, dampening hopes for a speedy global economic rebound and renewed international travel.

“We're still very much in a phase where the disease is actually on the way up,” Ryan said, pointing to South America, South Asia and other parts of the world.

India, with a population of over 1.3 billion, saw a record single-day jump in new cases for the seventh straight day. It reported 6,535 new infections Tuesday (May 26), raising its total to over 145,000, including close to 4,200 deaths.

The virus has taken hold in some of the country's poorest, most densely populated areas, underscoring the challenges authorities face in trying to contain a virus for which no vaccine or cure has yet to be developed.

Most of India’s cases are concentrated in the western states of Maharashtra, home to the financial hub of Mumbai, and Gujarat. Infections have also climbed in the east as migrant workers stranded by lockdowns returned to their native villages from India’s largest cities.

Despite this, India allowed domestic flights to resume Monday following a two-month hiatus, but at a fraction of normal traffic levels.

In Brazil, where President Jair Bolsonaro has raged against state and local leaders enforcing stay-at-home measures, WHO warned that before reopening the economy, authorities must have enough testing in place to control the spread of the virus.

Ryan said Brazil’s “intense” transmission rates means it should keep some stay-at-home measures in place, regardless of the damage to the economy.

“You must continue to do everything you can,” he said.

But Sao Paulo Gov. Joao Doria has ruled out a full lockdown in Brazil’s largest state economy and plans to start loosening restrictions on Jun 1.

A U.S. travel ban was set to take effect Tuesday for foreigners coming from Brazil.

In Europe, Russian President Vladimir Putin announced that the postponed military parade marking the 75th anniversary of the allied victory in the World War II will take place on Jun 24. Victory Day has become the most important holiday in Russia, marked every year on May 9 with a show of armed might in Red Square.

Putin said the country has passed the peak of the outbreak.

The country’s comparatively low mortality rate has raised questions among experts. Russian officials vehemently deny manipulating any figures and attribute the low numbers to the effectiveness of the country's lockdowns.

The question of who can travel where and when remains a dilemma in many places.

Spain’s foreign minister said that European Union members should collectively agree to open borders and determine which non-EU countries are safe for travel.

Aiming to entice travelers, Greek authorities will introduce cheaper tickets for sea travel from the mainland to Greek islands on Jun 1.

The Czech Republic, Hungary and Slovakia struck a deal to open their borders for 48 hours of travel without quarantines among their citizens starting Wednesday.

Indonesia said it will deploy 340,000 security forces in 25 cities to enforce health rules as the world’s fourth most populous nation prepares to reopen shopping centers and other businesses in the capital Jakarta on Jun 4.

“We want to get into a new normal and enter a new order,” Indonesia's President Joko Widodo said after inspecting moves to reopen Jakarta's subway and a shopping mall in Bekasi.

South Korea began requiring people to wear masks on public transit and in taxis. The country is tracing dozens of infections linked to nightclubs and other venues as it prepares for 2.4 million students to return to school on Wednesday.

Experts say the tally understates the true toll of the disaster.