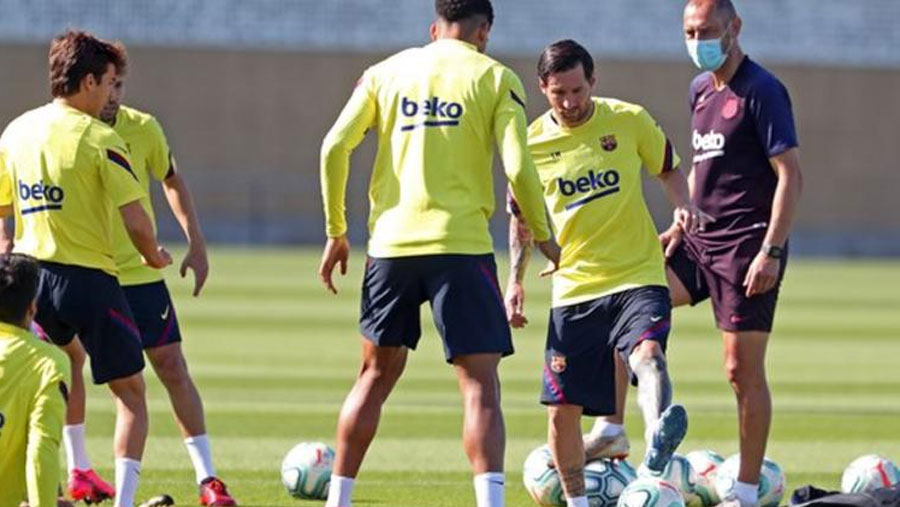 La Liga can resume behind closed doors from Jun 8, says Spain's Prime Minister Pedro Sanchez. The league's president Javier Tebas said he had hoped Spain's top flight would restart on Jun 12, although La Liga is yet to confirm a restart date.

La Liga players this week started training in groups of no more than 10.

"Spain has done what it should and now new horizons are opening for everyone. The time has come to bring back many day-to-day activities," said Sanchez.

"From 8 June, La Liga will be back. Spanish football has a huge following but it will not be the only recreational activity that will return."

The Spanish second division is also set to resume at the same time as the top flight, with reports in Spain suggesting the derby between Sevilla and Real Betis will be the first La Liga game to take place.

"We are very pleased with the decision," said Tebas. "It is the result of the great work of clubs, players, coaches, CSD (National Sports Council) and agents.

"But we cannot lower our guard, it is important to follow health regulations and ensure the pandemic doesn't come back."

Football in Spain was suspended on Mar 12 because of the coronavirus pandemic.

The players in the top two divisions were only able to return to individual training in early May after being tested for the virus.

Five players tested positive for the virus across Spain's top two divisions and went into isolation prior to the first phase of group training being allowed from May 18.

La Liga teams have 11 games to play this season, with leaders Barcelona two points ahead of Real Madrid at the top of the division.

Porto lead rivals Benfica by a point with 10 rounds left.