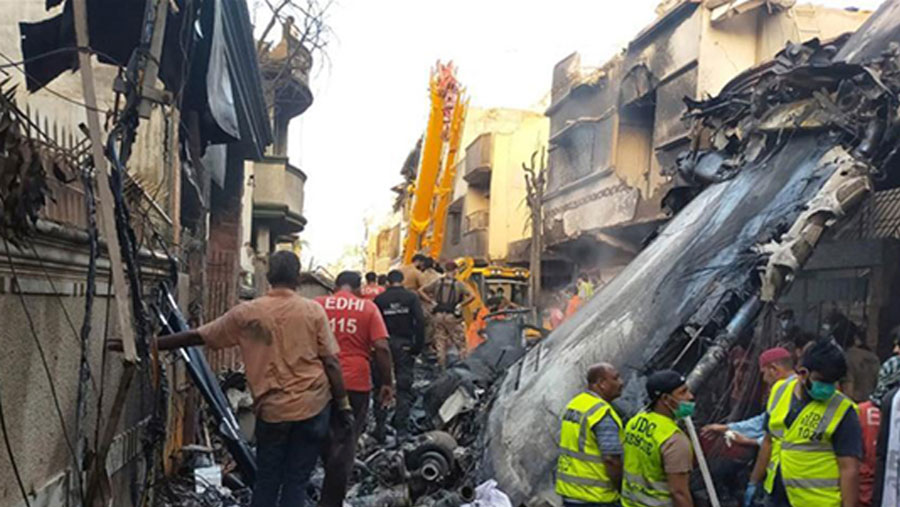 The flight data recorder from the Pakistani airliner that crashed into a residential neighbourhood of Karachi has been found, an official said on Saturday, as the death toll rose to 97.

There were two survivors from onboard the aircraft, while no fatalities were reported in the densely populated area of the city where the aircraft crash-landed on Friday (May 22).

Pakistan International Airlines flight PK 8303, an Airbus A320, was flying from Lahore to Karachi with 99 people on board when it went down in mid-afternoon while trying a second landing attempt.

"The black box had been found late yesterday, we are handing it over to the inquiry board," PIA spokesperson Abdullah Khan said. He said that included both the flight data recorder and cockpit voice recorder.

The airline's chief executive, Arshad Malik, said on Friday the last message received from the pilot indicated there was a technical problem.

Another senior civil aviation official told it appeared the plane had been unable to lower its landing gear for the first approach.