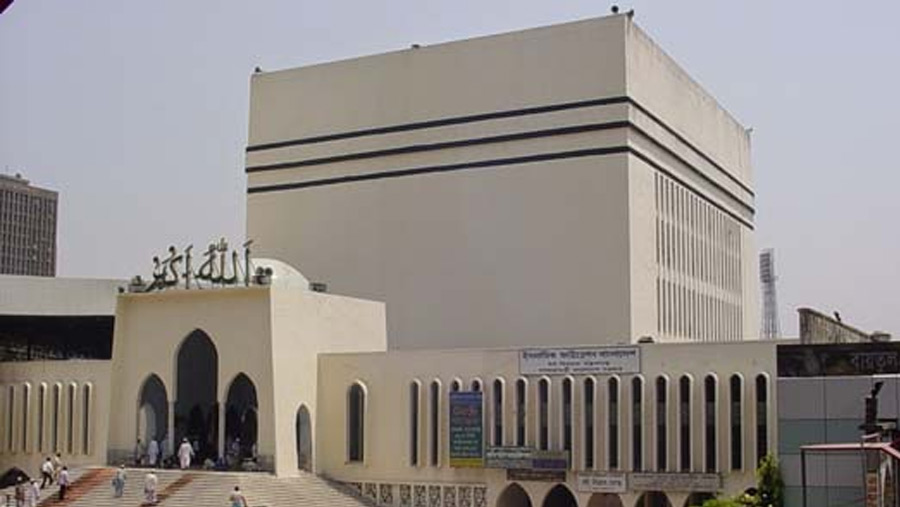 A total of five Eid jamaats (congregations) will be held at the Baitul Mukarram National Mosque in Dhaka on the occasion of the holy Eid-ul-Fitr.

Due to coronavirus pandemic, no Eid congregation will be held at the Jatiyo Eidgah Maidan.

Like previous years, five Eid Jamaats of Eid-ul-Fitr will be held at Baitul Mukarram National Mosque, said a press release of Islamic Foundation.

The third Eid Jamaat will be held at 9.00 am, where pesh iman of the national mosque Hafez Maulana Ehsanul Haque administrate it.

Pesh Imam Maulana Mohiuddin Kasem will conduct the fourth jamaat to be held at 10.00 a.m.

The last jamaat will be held at 10.45 a.m. and Islamic Foundation Muhaddish Hafez Maulana Waliur Rahman Khan will lead it.

If any imam remains absent in any jamaat, Islamic Foundation Mufti Maulana Mohammad Abdullah will conduct the Eid jamaat as an alternative imam.