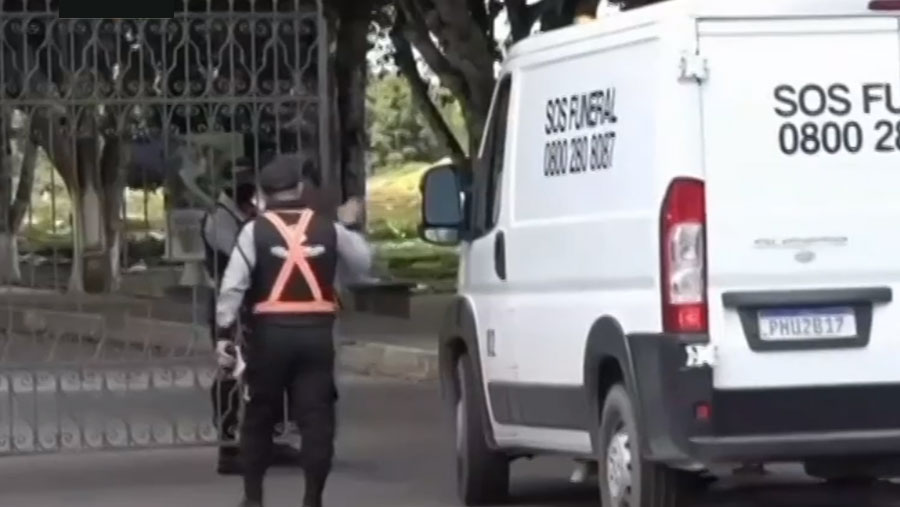 Brazil has recorded its highest daily rise in the number of deaths from the coronavirus, health officials say. It registered 881 new deaths on Tuesday (May 12), the health ministry said. The total death toll now stands at 12,400.

It means Brazil, which is at the centre of the Latin American outbreak, is now the sixth worst affected country in terms of recorded deaths.

And experts say the real figure may be far higher due to a lack of testing in the country.

"Brazil is only testing people who end up in the hospital," Domingo Alves from the University of Sao Paulo Medical School told AFP news agency.

"It's hard to know what's really happening based on the available data," he said. "We don't have a real policy to manage the outbreak."

Mr Alves is one of the authors of a study that estimated the real number of infections was 15 times higher than the official figure.

The number of confirmed cases in the country currently stands at 177,589, officials say. It rose by more than 9,000 on Tuesday and overtook Germany's tally of 170,000.

Brazil's total is second only to the U.S. in the Western Hemisphere. The World Health Organization (WHO) says the Americas are currently at the centre of the pandemic.

The outbreak is expected to accelerate over the coming weeks, experts say, and there are fears the pandemic could overwhelm Brazil's health system.

But far-right President Jair Bolsonaro has repeatedly downplayed the threat of the coronavirus and criticised governors and mayors for adopting strict restrictions to curb its spread.

Earlier this week, he issued a decree that classified businesses such as gyms and hairdressers as "essential" services that are exempt from lockdowns. But at least 10 governors said they would not comply with the order.

"Governors who do not agree with the decree can file lawsuits in court," Mr Bolsonaro wrote on social media.

Scientists at the Oswaldo Cruz Foundation said that molecular tests suggested one patient who died in Rio de Janeiro between 19 and 25 January had Covid-19.

The scientists also said their research suggested the virus was being spread from person to person in Brazil in early February – weeks before the country's popular carnival street parties kicked off.

Health Minister Nelson Teich said he needed more information before he could comment on the research carried out by the Oswaldo Cruz Foundation, which has been published online but not yet been peer-reviewed.

If confirmed, the cases would considerably change the timeline of how the virus spread in Brazil.