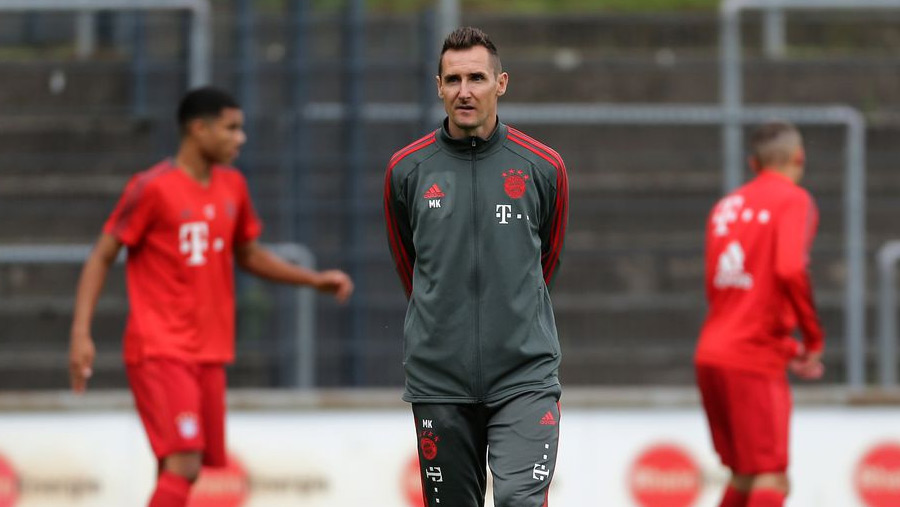 Miroslav Klose, who holds the record for the most goals scored at men’s World Cups, has joined Bayern Munich as assistant coach, it was announced Thursday (May 7).

“It feels very good, I’m really looking forward to the task,” said the 41-year-old, who scored 16 goals at four World Cups and won the 2014 title with Germany.

Klose will be on the Bayern bench when the Bundesliga restarts in nine days after having been suspended since mid-March due to the coronavirus, with Bayern travelling to Union Berlin on Sunday May 17.

The former Bayern striker says joining his old club is “the next step” in his coaching career after having worked with their Under-17 team for the last two seasons.

Klose signed a deal until June 2021 which reunites him with Bayern head coach Hansi Flick, Germany’s assistant coach at the 2014 World Cup.

“We trust each other both professionally and personally,” Klose said of Flick.

Klose’s record on the pitch speaks for itself with 71 goals in 137 internationals for Germany.

“With his experience as a former professional at the highest international level, ‘Miro’ is the perfect addition to our team of coaches,” said Flick.

Klose also scored 53 goals in 150 appearances for Bayern, who he left for Lazio in 2011 before retiring after five years in Italy.