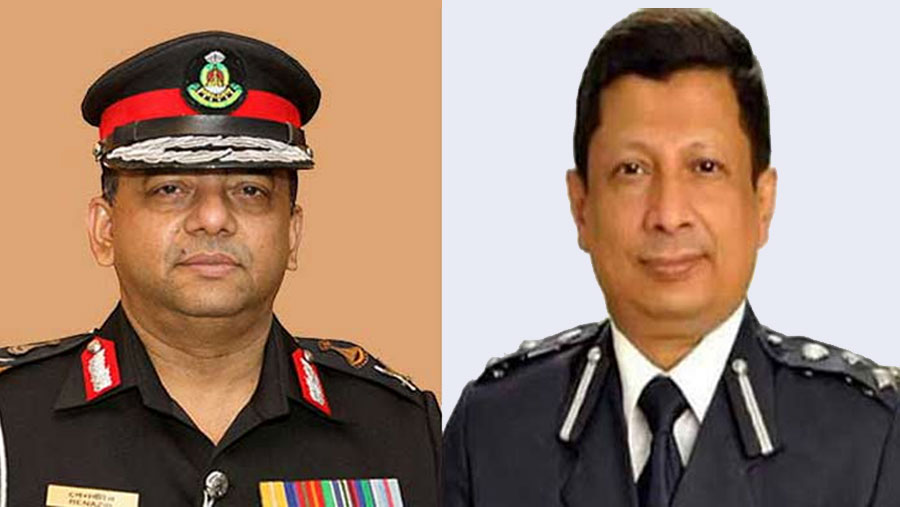 The government has appointed Rapid Action Battalion (RAB) chief Benazir Ahmed as the new Inspector General of Police, according to a notice issued on Wednesday (Apr 8). The appointment comes as the 25-month tenure of IGP Javed Patwary is expiring.

Abdullah Al-Mamun, the incumbent chief of the police’s Criminal Investigation Department, will take over as the Director General of the RAB. Both new appointments will be effective from Apr 15, according to the notice issued by the home ministry, local media reported.

Benazir has been heading the elite police force RAB for around four and a half years.

Before taking the charge of RAB in January 2015, he had worked as the commissioner of Dhaka Metropolitan Police and is scheduled to retire in 2022.

CID chief Mamun joined police in December 1989. Born at Sreehail village in Sunamganj’s Shalla, the police officer will retire in 2023.