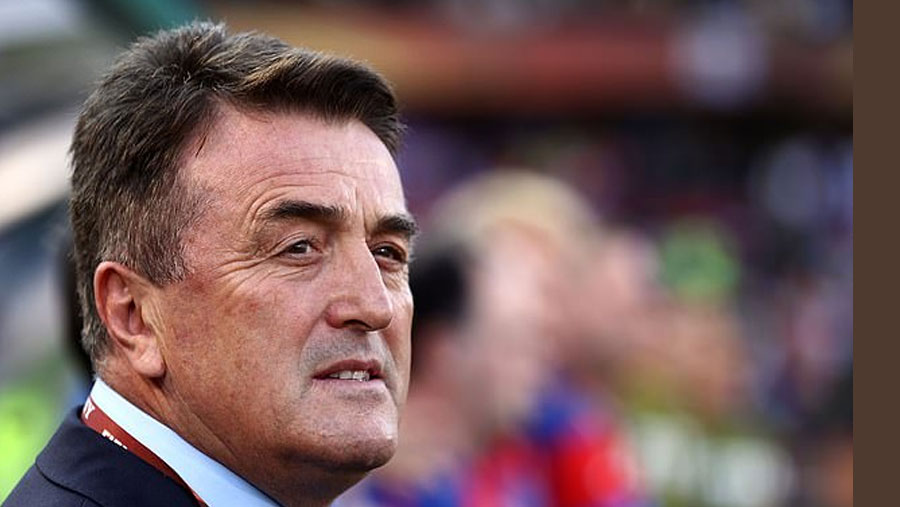 Serbian coach Radomir Antic, the only person to manage Atletico Madrid, Real Madrid and F. C. Barcelona, died on Monday (Apr 6) at the age of 71 following a long illness. Spanish sports daily Marca said Antic had been suffering from a serious illness for a long time.

Radomir Antic, the only man to serve as coach of F. C. Barcelona, Real Madrid, and Atletico Madrid, has died at the age of 71.

The former coach of some of Spain's top football clubs spent most of his coaching career in the country, winning the La Liga title and Copa del Rey with Atletico in 1996.

In addition to stints at Real Zaragoza, Real Oviedo and Celta Vigo, Antic also took charge of the Serbian national team between 2008-2010 before ending his career in China.

The news of his death was confirmed by a number of his former clubs on Monday (Apr 6).

"The Atletico de Madrid family is mourning the passing of Radomir Antic, one of our legendary coaches. You will forever live in our hearts. Rest in peace," read a post from Atletico's official Twitter account.

As well as being an accomplished manager, Antic is also regarded as a legend at English club Luton Town.

During his four year stay as a player, the former Yugoslavia defender famously scored a late goal to rescue his team from relegation from the top flight in 1983.

The moment is still considered one of the most iconic moments in the club's history.

"We are devastated to learn of the passing of Town legend Radomir Antic, at the age of 71," read a post of Luton Town's official Twitter account.

"A true Hatters [Luton's nickname] hero, for promotion and preventing relegation. The thoughts of all at Kenilworth Road are with his family and friends at this terribly sad time. Rest in peace, Raddy."