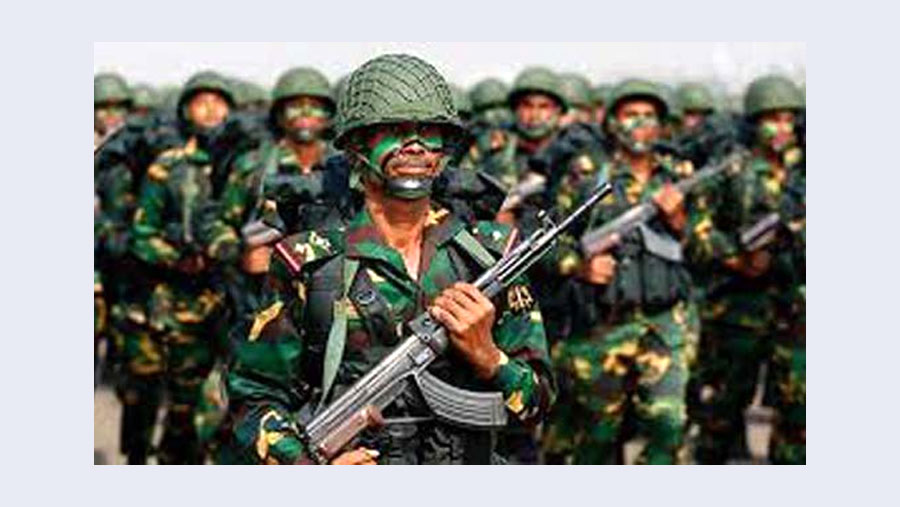 Authorities today spread out troops in major cities to combat COVID-19 while civil and military officials are expected to finalize their detailed modus operandi, a day after the government ordered nationwide deployment of armed forces.

The personnel have been moved out to divisional and district headquarters and they are set to launch full scale anti-COVID 19 campaigns from Wednesday (Mar 25) finalizing their modus operandi with divisional commissioners and deputy commissioners, a defence ministry spokesperson told media.

The ministry’s Inter Service Public Relations Directorate (ISPR) official said armed forces commanders were on talks with administrative chiefs of the divisions and districts to detail out the troops work plan as they were called out “in aid to civil power”.

“On completion of the coordination process, the army will launch their works in full scale from March 25,” the ISPR said in a statement.

It added: “The army personnel will prepare lists of coronavirus-infected persons, extend cooperation and cooperate with the local administration to ensure quarantining of people who returned from abroad.”

According to the statement, if required, the army would provide medical assistance at the divisional and district level as well.

ISPR officials said personnel from all the three armed services of army, navy and air force would be on duty in taking precautionary measures against the spread of COVID-19.

The naval forces would be on duty in coastlines to extend their assistance to the local administrations in identical manner while air force would mobilize their resources in reaching necessary medical equipment and emergency transportations.