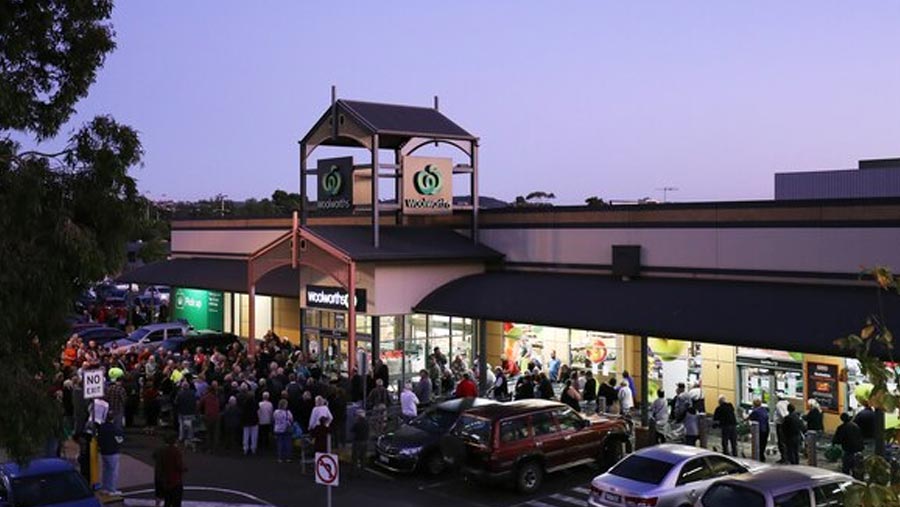 Australia is shutting down non-essential services as coronavirus cases rise rapidly in the country. Pubs, clubs, gyms, cinemas and places of worship will be shut from midday on Monday (Mar 23), while restaurants and cafes will have to switch to takeaway only.

The number of cases in Australia has risen sharply in recent days, reaching 1,315.

New South Wales, home to Sydney, is the worst-affected state with 533 confirmed cases. Victoria, of which Melbourne is the capital, has 296 cases, while Queensland has 259.

The new restrictions will see many businesses close but supermarkets, petrol stations, pharmacies and home delivery services will continue running.

The PM said he wanted to keep schools open but parents would be able to keep their children at home if they wished to do so.

"I don't want to see our children lose an entire year of their education," he said.

Some states, including Victoria, have signalled that they want to close schools.

Seven people have died across Australia so far from Covid-19.

Mr Morrison said that the federal and state governments had decided to act because Australians were not obeying guidelines.

But he added: "We are not putting in place lockdowns that put people in and confine them to their homes.

"That is not a measure that has been contemplated at this point."

Chief Medical Officer Brendan Murphy said people, especially the young, had to realise that they needed to live "very differently" and stop going out in order to control the virus.

* The PM announced new stimulus measures to boost the economy

* South Australia, Western Australia and the Northern Territory will close their borders from Tuesday. Under the new rules, anyone arriving will be forced to self-isolate for 14 days

* The Australian Football League suspended its 2020 season, with no fixtures until at least May 31. The women's league has also been halted

* In contrast, the National Rugby League says it will carry on with matches as planned