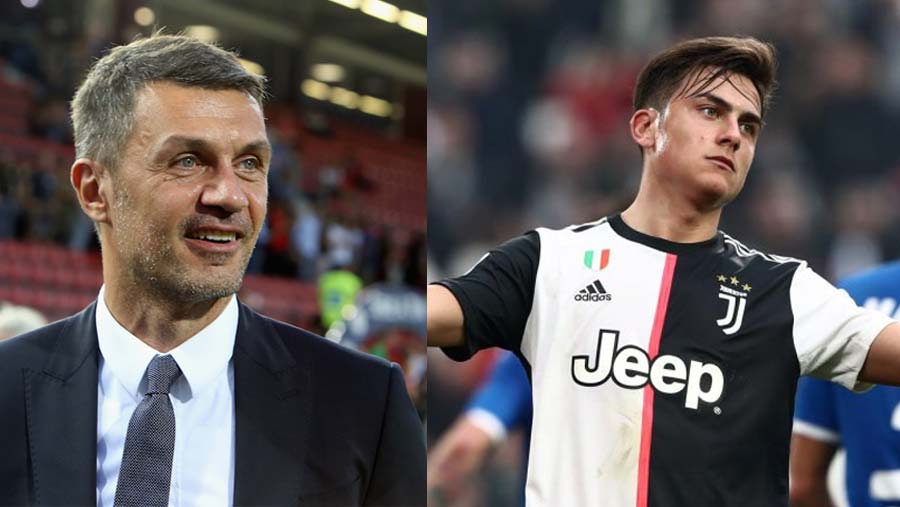 Paolo Maldini, 51, is currently Milan's technical director and made over 900 appearances for the club during a glittering career, while Daniel, 18, is a midfielder who made his senior debut for Milan last month.

As reported by Football Italia, they will both now stay in quarantine.

Milan announced that both Paolo and Daniel Maldini are both well and have already been in self-isolation for two weeks.

A statement on Milan's website read: 'AC Milan confirms that Paolo Maldini, the club's technical director, became aware of contact with a person who subsequently tested positive for coronavirus and began to display symptoms of the virus himself.

'He was administered with a swab test yesterday, the result of which was positive. His son Daniel, a forward in AC Milan's youth team who had previously been training with the first team, also tested positive.

The club added that Daniel Maldini had been training with the AC Milan first team and that he and his father had spent two weeks in self-isolation at home and would remain in quarantine "until clinically recovered".

In a message on his Instagram account, Dybala said he and his girlfriend both have the virus but were in good health.

"Both Oriana and I have tested positive," Dybala, 26, said. "Luckily we are in perfect conditions."

Dybala is the third Juve player to be confirmed to have the virus, following centre-back Daniele Rugani and France World Cup winner Blaise Matuidi.

All domestic sporting activity in Italy has been suspended until at least Apr 3.