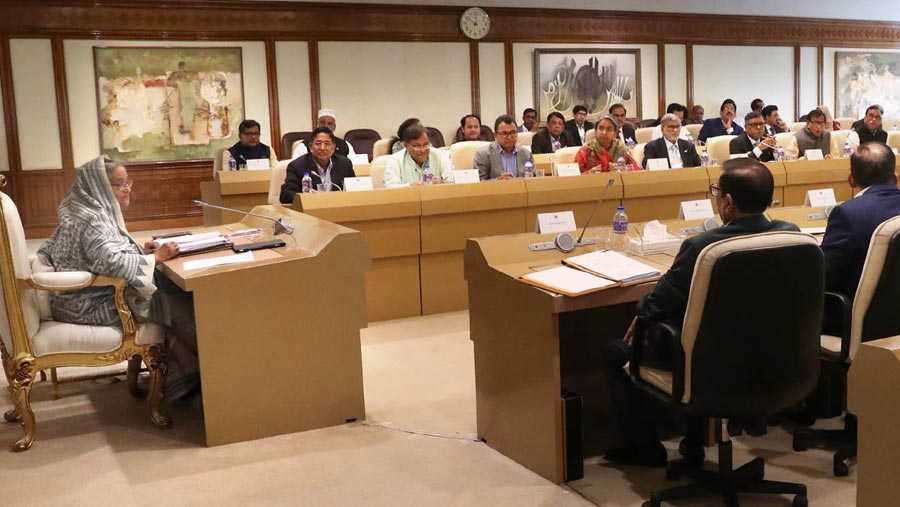 The cabinet on Monday (Mar 2) gave final approval to the draft of ‘Sunamganj Science and Technology University Bill 2020’ allowing the authorities concerned to establish one more public university in the country’s haor region. The approval came from a regular weekly meeting at the Prime Minister’s Office on Monday (Mar 2) morning with Prime Minister Sheikh Hasina in the chair.

Cabinet Secretary Khandker Anwarul Islam disclosed the decision of the meeting while briefing reporters at the Secretariat, local media reported.

Noting that the draft law was formulated following the laws of other science and technology universities, the cabinet secretary said the law was, earlier, approved by an inter-ministerial meeting held at Secondary and Higher Education Division of the Education Ministry on Aug 22, 2019.

With the approval of the draft law for the Sunamganj Science and Technology University, the number of science and technology university has stood at 20. Of them, 19 are in operation, Anwarul said.

The cabinet secretary disclosed that the meeting also in principal approved the draft of ‘National Agriculture Extension Policy 2020’ aiming at selecting research topics on the basis of demand which come out through exchanging views with farmers and agriculture entrepreneurs, including stakeholders in the sector, and expanding the outcomes of the research in the field level.

The successful implementation of the policy will expedite the development in the agriculture sector, he added.