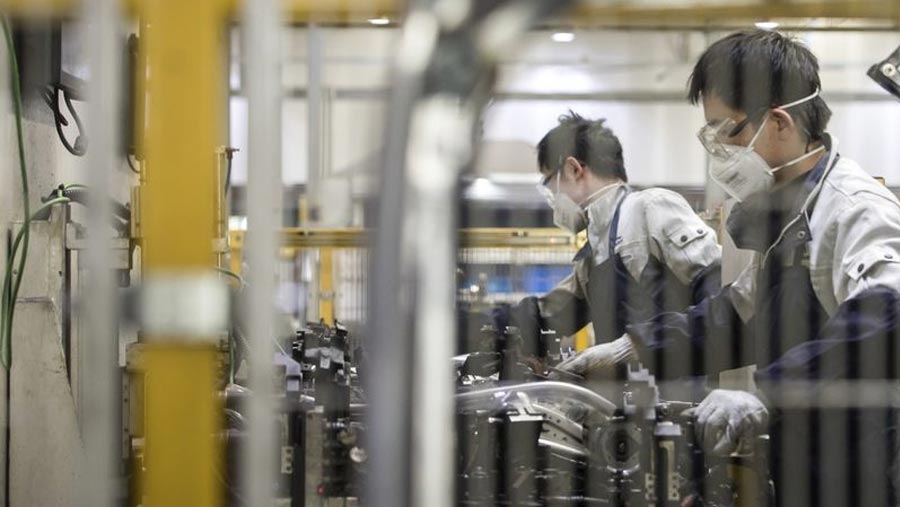 Authorities have taken drastic steps to contain the virus, curbing the movement of people, temporarily closing factories across the country and quarantining central Hubei province, a key industrial region where the epidemic first appeared.

The government has encouraged companies to progressively return to work as the number of new cases has been dropping in the past 10 days.

Analysts have warned that China’s economic growth will likely take a major hit in the first quarter, and Saturday’s data was the first glimpse at the damage the virus has caused to industries across the country.

The Purchasing Managers’ Index (PMI), a key gauge of activity in China’s factories, was at 35.7 points in February, well below the 50-point mark that separates growth and contraction every month.

This was down from 50 points in January.

It was well below expectations of a smaller contraction, at 45.0, according to a Bloomberg poll of analysts.

The auto and specialised equipment industries were hit particularly hard, the NBS added.